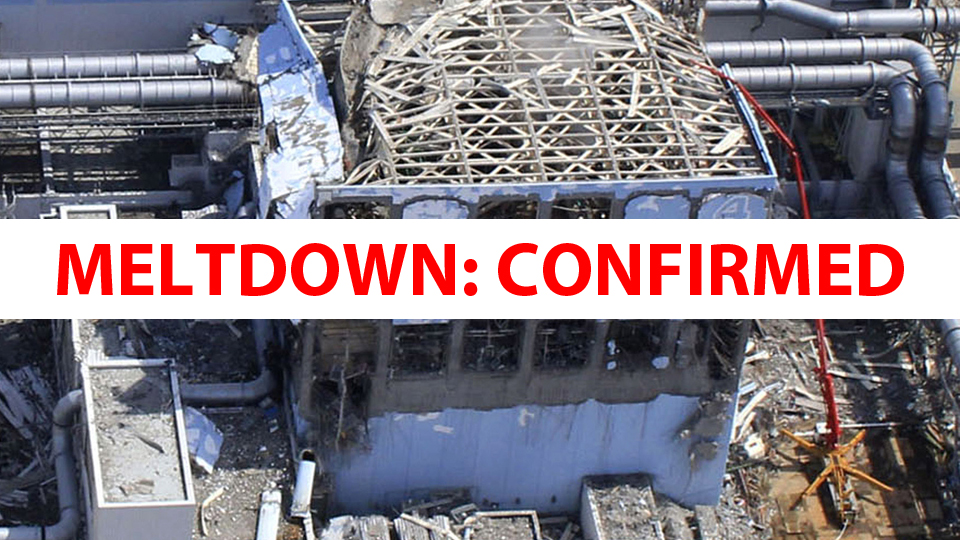 The flow of bad news (and radiation) out of Fukushima’s reactors has diminished to a trickle over the past several weeks, as rescue work has proceeded. Not today. TEPCO’s admitted for the first time that Fukushima experienced a grave meltdown.

What exactly is a meltdown, you might ask? There’s a lot of confusion as to what constitutes a “full” or “partial” meltdown—neither is a strictly technical term, though in the popular usage of the word, today’s revelation leans more towards the former. David Brenner, director of the Columbia University Center for Radiological Research, describes a “partial meltdown” as “fuel that’s been damaged and partially melted. Some of the fuel has probably been oxidized and breached and melted at the top of the core where the heat rises.”

MIT nuclear scientist Ron Ballinger describes a “full meltdown” as when fuel “would melt into the bottom of the vessel. Then you get to this theoretical point where if they can’t cool it, then eventually the vessel itself, the steel, would melt, and you’d end up with a bunch of melted fuel and steel on the bottom of the concrete faceplate of the plant, in the containment vessel. And then it would have to get out of there.”

Today’s news indicates something much closer to the latter scenario.

The possibility of a meltdown has been floating in the air since the earthquake and subsequent explosions first rocked the roof off of Fukushima, spreading radiation, confusion, and displacement across the local populace (and beyond). Since then, TEPCO workers and the Japanese government have desperately struggled to keep the nuclear fuel rods inside the reactors cool—if they don’t, the scorching material will melt into a pool of radioactive lava, further damaging the facility. That’s the scenario everyone’s been aiming to avoid—and that’s the scenario we now know had actually occurred all along. Underneath all that dumped seawater has been lying a blob of melted fuel. And it could be melting its way out.

This admittance goes against every assurance TEPCO has handed the world in the midst of Japan’s nuclear crisis—that the situation was bad, but that with emergency work, the plant would be mostly stable, and could be safely shutdown within the year. The worry now, beyond the fact that the damage to the reactor is far worse than imagined, is that a hole in the facility will lead incredibly contaminated water leak out like a faucet. A scalding, radioactive faucet.

So now what? “We will have to revise our plans,” Junichi Matsumoto, a TEPCO rep, told The Guardian. To say the least. [The Guardian and Kyodo News]

– TEPCO Admits ‘Reactor Rupture’: ‘There Must Be A Large Leak’ In Reactor No. 1 – Similar Ruptures In No. 2 And No. 3 Reactors Possible

– Fukushima Reactor No. 1: Water Level ‘More Than 5 Meters Below The Top Of The Fuel Rods’ And ‘Unmeasurable’, TEPCO To Cover Building With Synthetic Cloth To Prevent Radioactive Materials From Further Escaping Into The Atmosphere

– New MIT Study: Chain Reactions Must Have Been Burning At The Damaged Fukushima Nuclear Reactors Long After The Disaster Unfolded