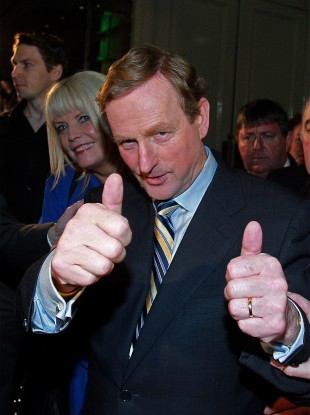 The Irish government plans to institute a tax on private pensions to drive jobs growth, according to its jobs program strategy, delivered today.

Without the ability sell debt due to soaring interest rates, and with severe spending rules in place due to its EU-IMF bailout, Ireland has few ways of spending to stimulate the economy. Today’s jobs program includes specific tax increases, including the tax on pensions, aimed at keeping government jobs spending from adding to the national debt.

The tax on private pensions will be 0.6%, and last for four years, according to the report.

From the jobs initiative release:

The various tax reduction and additional expenditure measures which I am announcing today will be funded by way of a temporary levy on funded pension schemes and personal pension plans. I propose that the levy will apply at a rate of 0.6% to the capital value of assets under management in pension funds established in the State.

It will apply for a period of 4 years commencing this year and is intended to raise about €470 million in each of those years. The levy will not apply to pension funds established here and providing services and benefits solely to non-resident employers and members. Further details regarding the proposed application of the levy are set out in the Summary of Initiative Measures.

Ireland’s ability to levy further taxes on other parts of the economy is restricted because its economic growth has been inhibited in the wake of a financial crisis that crippled its banking sector and decimated its public finances.

Unwilling to budge on the country’s low corporate tax rate, Enda Kenny’s Irish government has chosen to target pensioners for funds to grow the economy. Whether it turns out to be an example to other countries seeking alternative ways to raise revenues with aging populations is yet unknown.