A teenage girl has been found dead three days after telling friends on Facebook that she had a stalker. 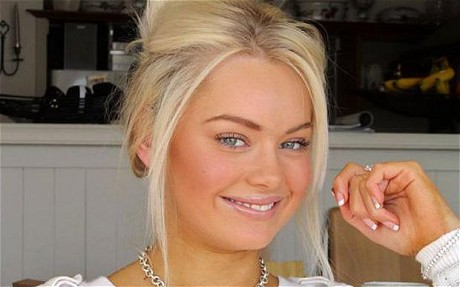 Emily Longley was found dead at her family home after revealing on Facebook that she had a stalker Photo: BNPS

The body of aspiring model Emily Longley, who grew up in Auckland in New Zealand, was discovered at an address in Bournemouth, Dorset, on Saturday morning.

Last Wednesday, the 17-year-old had shared her fears with friends on the popular social networking site.

The teenager went on later to post: ”Someone just called me and I was like ‘Who’s this?’

”And they were like ‘You don’t know me but I know everything about you’ and I was like ‘How did you get my number?’ and he was like ‘I’ll tell you when I see you’ and kept asking me out.

”So I hung up and they won’t stop calling.

”I’m really scared! Ha. It’s a private number as well. Some people need to get a life!”

On May 5 she posted that she was ”down and out”.

Two days later she was found dead at a bungalow in Queenswood Avenue.

An inquest into the death of the Brockenhurst College student was opened and adjourned by the Bournemouth, Poole and East Dorset Coroner today.

Police described the cause of Miss Longley’s death as ”undetermined subject to toxicology tests”.

Two Bournemouth men aged 19 and 17 were arrested on Saturday but have since been released on police bail pending further enquiries, a Dorset Police spokesman said.

Emily’s father, Mark Longley, said she apparently died in her sleep but the cause of her death remains a mystery.

”It is a huge shock to us, and Caroline (Emily’s mother) and I are going to England to try and find out what happened,” Mr Longley told the New Zealand Herald.

”She was a beautiful girl and full of life, it is so tragic.”

Friends of the teenager have set up the ”R.I.P Emily Longley” group on Facebook and hundreds of people have left tributes to her.

In one message on Facebook her father said: ”She was a real force for life.

”We all loved you honey. So much.

”It is so nice to see she was so loved. Thank you everyone for your kind words.”

Emily, who had worked at Topshop, had been living in Bournemouth with a relative for around eight months after leaving New Zealand.

She had returned to visit friends and family last month and had only returned to the UK a month before her death.

Detective Inspector Neil Devoto, who is leading the investigation, said: ”I am appealing for anyone who witnessed anything suspicious or unusual in the area either this morning or during last night, and anyone who has any information regarding this incident, to contact police urgently.”