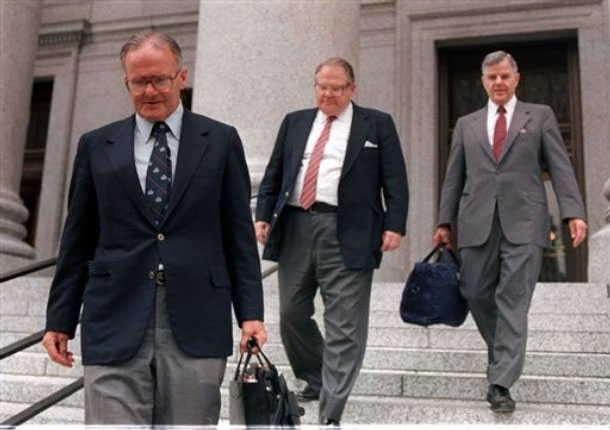 Over 30 years ago, a man by the name of Nelson Bunker Hunt hatched the perfect plan: protect his inherited wealth (which then was one of the largest legacy fortunes in the world) from the inflationary destruction of “paper” assets by converting his assets into silver, and in the process cover the silver market, and send the price of silver to an inflation adjusted price of over $140 (nearly three times higher than the nearly record nominal silver price hit last week).

Understandably, Hunt’s name has appeared very often in the popular media in recent months, since after all it was the “Hunt” price that the May 1 silver smackdown (which will most certainly never be investigated) that sent silver from $48 to $42 in seconds that was being protected by the paper cartel. Yet just who is Nelson Bunker Hunt? And how did he cover the silver market when did? What exactly did he do, and is someone doing a comparable silver cornering right now?

And, most importantly, why? The answers, all of which are provided in this September 1980 Playboy article reprint, will surprise and astound many, primarily due to the myriad parallels between the world of the 1970s and our own. What follows is one man’s attempt to escape from the “system.”

IN THE SUMMER of 1979, an invisible hand reached out from an island in the Atlantic and quietly began tightening its grip on the world’s supply of silver. The fingers of that hand extended to London, New York, Dallas, Zurich and Jidda. But the only visible clue to its existence was a newly formed Bermuda shell corporation called International Metals Investment Company Ltd. That dull sounding little trading company was not just another offshore tax scam but the operating front for a secret partnership seemingly capable of controlling the world price and supply of silver.