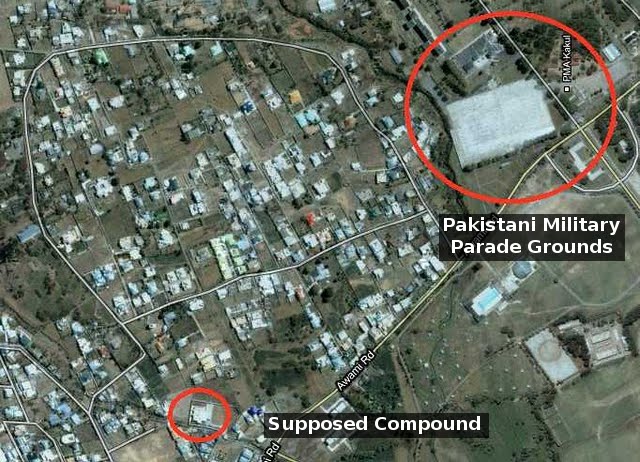 Associated Press= ISLAMABAD (AP) — Pakistan’s army broke its silence Thursday over the U.S. commando raid that killed Osama bin Laden, acknowledging its own “shortcomings” in efforts to find the al-Qaida leader but threatening to review cooperation with Washington if there is another similar violation of Pakistani sovereignty.

The tough-sounding statement was a sign of the anger in the army. It also appeared aimed at appeasing politicians, the public and the media in the country over what’s viewed by many here as a national humiliation delivered by a deeply unpopular America.

While international concerns are centered on suspicions that elements of the security forces sheltered bin Laden, most Pakistanis seem more upset that uninvited American soldiers flew into the country, landed on the ground and launched an attack on a house — and that the army was unaware and unable to stop them. That it happened in an army town, next door to a military academy and close to the capital has added to the embarrassment.

Ties between the two countries were already strained before the raid because of American allegations that Islamabad was failing to crack down on Afghan Taliban factions sheltering on Pakistani soil. Pakistan was angered over stepped-up U.S. drone strikes and the case of Raymond Davis, a CIA contractor who killed two Pakistanis in January.

While U.S. Secretary of State Hillary Rodham Clinton said Washington would continue engaging with Pakistan, the fallout from Monday’s raid has added a new layer of tensions to a relationship that is crucial to stabilizing Afghanistan and allowing American troops to begin withdrawing this year.

The U.S. needs Pakistan’s cooperation for, among other things, ferrying supplies to NATO forces in Afghanistan. Washington has given the Pakistani army more than $10 billion in aid over the past decade to help it fight militants.

The tone of the army statement was in sharp contrast to the initial response to the raid by the country’s civilian leaders. Prime Minister Yousuf Raza Gilani had hailed the operation as a “great victory” but made no mention of any concerns over sovereignty.

The army statement was issued after the country’s 12 top generals met with army chief Gen. Ashfaq Kayani, regarded as the most powerful man in the country, to discuss the operation and its implications on “military to military relations with the United States.”

It said Kayani told his colleagues that a decision had been made to reduce the number of U.S. military personnel to the “minimum essential” levels. The statement gave no more details, and an army spokesman declined to elaborate. The U.S. has about 275 declared U.S. military personnel in Pakistan at any one time, some of them helping train the Pakistani army. U.S. officials were not immediately available for comment.

The Davis case also led to criticism of the army after it backed a deal that allowed him to walk free after the U.S. agreed to pay compensation to the relatives of the victims. Some media reports indicated Kayani had asked for a cut in American military personnel then, and it was unclear if Thursday’s statement referred to that.

The army for the first time acknowledged “shortcomings in developing intelligence on the presence of Osama bin Laden in Pakistan.” But it said its Inter-Services Intelligence agency had arrested or killed about 100 al-Qaida terrorists and associates with or without CIA cooperation.

The statement said it provided initial intelligence on the whereabouts of bin Laden to the CIA but that the Americans developed it further and did not share it with the ISI “contrary to the existing practice between the two services.”

The army warned the United States not to launch another attack like the one that took out bin Laden. On Wednesday, U.S. State Department spokesman Mark Toner did not rule out the possibility the U.S. would do just that.

Many of the world’s most wanted militants are believed to be in Pakistan, including Ayman al-Zawahri, the man likely to succeed bin Laden, as well as leaders of the Afghan insurgency like Mullah Omar and Siraj Haqqani.

“Any similar action violating the sovereignty of Pakistan will warrant a review on the level of military/intelligence cooperation with the United States,” the statement said. Earlier, the Foreign Secretary Salman Bashir warned of “disastrous consequences” if the U.S. staged a similar attack on its territory.

The statement was not referring to CIA drone strikes on targets in the border region. Some of the drones are believed to take off from a Pakistani air base — unlike Monday’s raid, in which the helicopters had taken off from Afghanistan and crossed into Pakistan without permission.

Fears over India, which the Pakistani army considers the country’s main threat, are also a factor in the backlash. The army is worried that unless it reacts strongly to the U.S. raid, India could use a similar argument to launch a helicopter strike across the eastern border to take out militants threatening it. Some of those militants are at least tolerated by Pakistani authorities. India is not believed to have drones.

New details emerged, meanwhile, about an al-Qaida operative arrested in Iraq in 2004 who was considered key to the intelligence operation that led to the raid on the compound that housed bin Laden.

A former CIA official said Hassan Ghul told CIA interrogators that he was helping Lashkar-e-Taiba, a Pakistani militant group with historical links to Pakistani intelligence. The CIA reluctantly returned him to the Pakistanis in 2006 in the hopes of earning some political leverage, the former CIA official said, who spoke on condition of anonymity to discuss matters of intelligence.

For many here, the United States is perceived as more of a danger to Pakistan than bin Laden even though al-Qaida and its associates have carried out scores of suicide bombings in recent years, many in public places or mosques and shrines.

“If another country’s aircraft intrudes on your territory, you should shoot it down instead of turning a blind eye,” said Fateh Ullah, a 38-year-old baker in Abbottabad, the town where bin Laden was hiding. “What we should care about is the safety of our country.”

The account of Monday’s attack given by Bashir, the foreign secretary, was the most detailed public one yet by a Pakistani official.

He said the first that Pakistan knew of the raid was when the helicopters buzzed over Abbottabad after evading Pakistani radar. He said troops were sent to the scene “once it became clear they were not our helicopters” but that the Americans had already left by the time they arrived.

Pakistan then scrambled two F-16 fighter jets but the American choppers had apparently already made it back to Afghanistan before they could be intercepted, he said. He said that about 3 a.m. Joint Chiefs Chairman Adm. Mike Mullen called the Pakistani army chief, Kayani, to inform him that the raid had taken place.