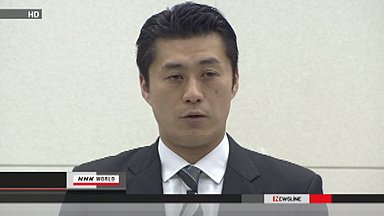 The Japanese government is about to begin releasing data projecting the spread of radiation from the Fukushima Daiichi nuclear plant that it initially withheld for fear of causing panic.

The data in question is in a computer system called SPEEDI that predicts the spread of radioactive substances based on actual radiation measurements at various locations and weather conditions.

A joint task force of the government and Tokyo Electric Power Company says about 5,000 undisclosed bits of data will be released from Tuesday.

The information will be carried on the websites of the science ministry, the Nuclear and Industrial Safety Agency, and the Nuclear Safety Commission.
The secretary-general of the joint task force and prime the minister’s advisor, Goshi Hosono, apologized for the delay in releasing the data.

Hosono said the task force withheld the information because some data were based on overly rigorous assumptions and feared it may trigger panic.

But he said the task force now believes that panic can be avoided if it offers proper explanations on the projections. He also promised to promptly release all such data in the future.

Hosono said the task force will carry out a monthly check of how TEPCO is proceeding with its plan to bring the nuclear crisis under control.

The utility firm announced a recovery roadmap on April 17th that calls for stabilizing the situation in 6 to 9 months.