The CIA ‘IS’ Wikileaks & Al Qaeda and the BBC is a propaganda network for the elitists.

The BBC is accused of being part of a “possible propaganda media network” for Al Qaeda, according to the leaked US files on the Guantanamo detainees. 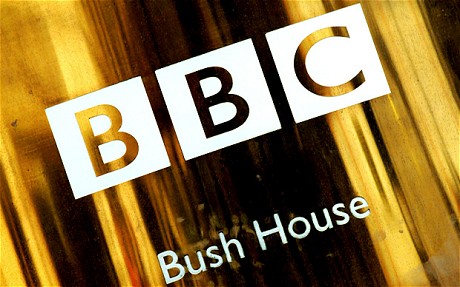 The files, obtained by the WikiLeaks website and passed to The Daily Telegraph, disclose that a phone number of someone at the BBC was found in the phone books and phones of a number of extremists seized by US forces.

“The number is associated with the British Broadcasting Corporation (BBC).” Analysis by The Daily Telegraph suggests the number is one for Bush House, home of the BBC World Service.

The assessment continues that US forces uncovered many “extremist links” to this number, suggesting that extremists could have made contact with BBC employees who were sympathetic to extremists or had information on “ACM [anti-Coalition Militia] operations”.

The Daily Telegraph rang the phone number on Monday. A single tone on the line suggested that it had been disconnected, or was no longer in use.

The possible link between extremism and staff at the BBC will anger the national broadcaster, which prides itself on its impartiality.

The BBC number was given in the file of Turki Mish’awi Za’id Alj-Amri, a Saudi who was “assessed to be a member of al-Qaeda, who travelled to Afghanistan to participate in Jihad”.

The file claims that Alj-Amri had “stayed at al-Qaeda facilities, received training at an al-Qaeda camp, and served under al-Qaida leadership in Tora Bora, AF. “Detainee’s pocket litter links him to significant Anti-Coalition Militia (ACM) personnel and groups.”

It says: “Many of the telephone numbers in his pocket litter have been associated with multiple ACM personnel, indicating he may have played a greater role in multiple activities than previously assessed.”

Alj-Amri was repatriated to Saudi Arabia from the detention camp seven months later on 9 November 2007, along with 13 other men.

In February 2009 the Saudi Government published a list of the 85 most wanted suspected terrorists, which included an individual named Turki Mashawi Al Aseery.

In September 2006 the BBC’s then-chairman Michael Grade organised an “impartiality summit”, hosted by veteran broadcaster Sue Lawley, to assess whether there was a left-leaning bias at the broadcaster.

An account of the meeting, leaked to a Sunday newspaper the following month, showed that that executives accepted they would broadcast an interview with al-Qaeda mastermind Osama Bin Laden, if they were given the opportunity.

In a debate on whether the BBC should interview Bin Laden if he approached them, it was decided the al-Qaeda leader would be given a platform to explain his views.

Andrew Marr later told the newspaper: “The BBC is not impartial or neutral. It’s a publicly funded, urban organisation with an abnormally large number of young people, ethnic minorities and gay people.

“It has a liberal bias not so much a party-political bias. It is better expressed as a cultural liberal bias.”

A BBC spokesperson said: “Independence and impartiality are at the heart of all BBC World Service output. The service has interviewed representatives of organisations from all sides involved in the Afghan conflict so it would not be surprising that a number believed to relate to the BBC Pashto service was in circulation.”

More on the Rothschilds:

3 thoughts on “WikiLeaks: Leaked Files Accuse BBC Of Being Part Of A ‘Possible Propaganda Media Network’ For Al Qaeda”