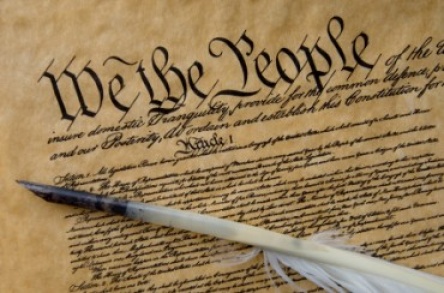 (NaturalNews) Within the past several months, numerous towns in Maine, and one in Vermont, have proposed or enacted food sovereignty laws that declare, plainly, that the federal government has no business telling citizens what food products they can and cannot buy or sell locally. Representing the third town to successfully pass such an ordinance, Blue Hill, Maine, recently adopted a local food and self-governance bill that asserts the freedom of local citizens to choose their own food.

In a near-unanimous vote, Blue Hill residents successfully voted to pass the food freedom ordinance on April 2. Besides declaring sovereignty from government intrusion on local food policy, the bill exempts all direct sales of food from having to comply with state and federal license and inspection requirement. In other words, local residents who grow and sell produce, for instance, will not be subjected to the tedious and expensive bureaucratic red tape that rightfully applies to factory farm operations.

“[It] is a huge milestone in the struggle to protect the rights, not only of farmers to sell their products, but also of all citizens to eat the food of their choice,” John Gandy, a local resident of Blue Hill and Master for the Halcyon Grange, is quoted as saying in the Activist Post. “It is time citizens start defending our rights against big government and big business.”

In early March, two other towns in Maine, Sedgwick and Penobscot, both passed their own food sovereignty laws. And the town of Barre, Vt., will vote on its own food freedom resolution sometime in May (http://www.naturalnews.com/031833_f…).

Based on the Tenth Amendment to the US Constitution, the federal government has absolutely no authority to interfere with state and local food affairs. The Amendment specifically prohibits the federal government from exerting any power not specifically granted to it by the Constitution, and a group called the Tenth Amendment Center is working hard to help states break free from the chains of unlawful federal intrusion (http://www.tenthamendmentcenter.com/).

You can also keep track of the status of food freedom legislation at the following links:
http://www.tenthamendmentcenter.com…
http://growninthecity.com/interacti…