The Daily Telegraph has censored/removed the article (and the cache). 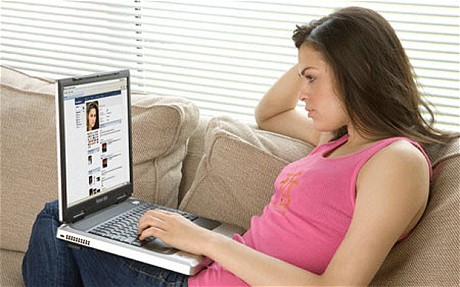 Some students even reported highlight from simply not being means to hold their
phone.

One member reported: “I am an addict. we don’t need alcohol, heroin or any other derailing form of amicable depravity.

“Media is my drug; though it we was lost.’

Another wrote: ‘I literally didn’t know what to do with myself. Going down to a kitchen to pointlessly demeanour in a cupboards became unchanging routine, as did removing a drink.”

Susan Moeller. lead researcher of a University of Maryland study, said: ‘Technology provides a amicable network for immature people currently and they have spent their whole lives being “plugged in”.

“Some pronounced they wanted to go though record for a while though they could not as they could be ostracised by their friends.’ Claiming that technology ‘absolutely’ altered relationships.”

Professor Moeller added: “When a students did not have their mobile phones and other gadgets they reported they did get into some-more in-depth conversations.”