The Ministry of Economics, Trade and Industry (METI) has stopped reporting the dry well radiation reading in Reactor 1! 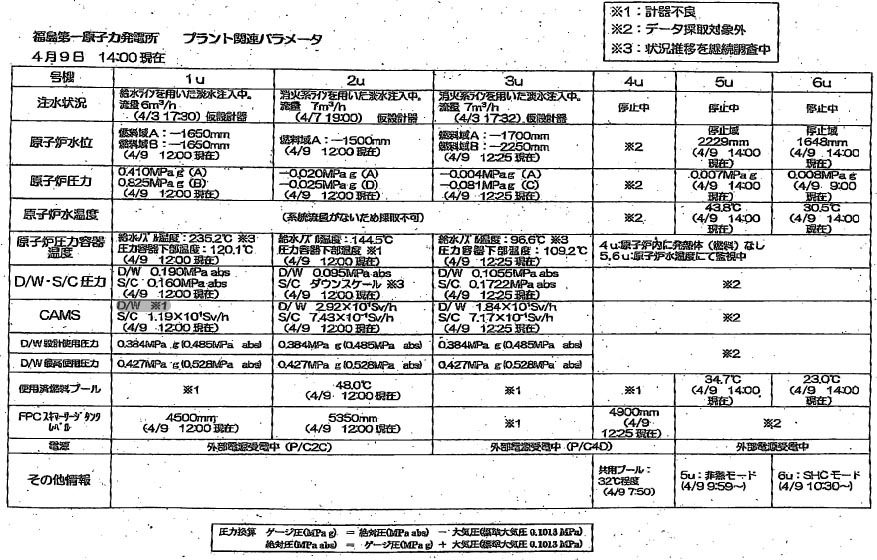 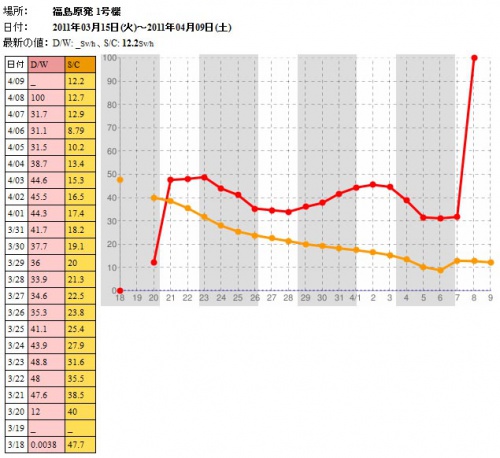 The operator of the damaged Fukushima Daiichi nuclear power plant has stepped up its effort to remove highly radioactive water that is hampering restoration of reactor cooling systems.
Tokyo Electric Power Company says contaminated water in a concrete tunnel of the Number 2 reactor has risen 10 centimeters since leakage of the water into the ocean stopped on Wednesday.

The company says the gap between the surface of the waste water and the top of the tunnel was 94 centimeters as of 7 AM on Saturday. It denies any possibility that the water could overflow from the tunnel.

The source of the contaminated water has not been identified.
TEPCO plans to transfer the waste water either to a processing facility for nuclear waste or turbine condensers depending on the progress in current operations.

Some 7,700 tons of less-radioactive water have been released into the sea and the release of the remaining 800 tons is expected to come to an end on Saturday.

In a separate operation to inject nitrogen gas into the containment vessel of the Number 1 reactor to prevent a possible hydrogen explosion, TEPCO plans to increase the purity of nitrogen gas from 98 percent to 99.98 percent.

The plant operator says a strong aftershock on Thursday night did not damage any facilities of the compound, but the surface temperature of the Number 1 reactor rose sharply immediately after the tremor that hit northeastern Japan minutes before midnight.

The reading stood at 223 degrees Celsius at 7 PM, but it rose nearly 40 degrees just after the quake. The temperature had fallen back to 240 degrees at 6 AM on Saturday.

TEPCO says it will continue close monitoring as what caused the sudden rise in temperature is not known.

The company also plans to fly an unmanned small helicopter equipped with an infrared camera over the plant to take pictures of facilities that it has been unable to check. It hopes the photos will help to determine how to proceed with restoration work.