Iraq, Afghanistan, Pakistan and Libya are all being destroyed with depleted uranium. 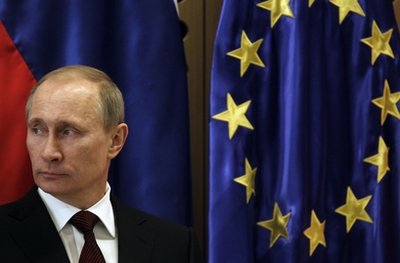 MOSCOW – Russia’s two leaders are openly disagreeing over the U.N. resolution authorizing international military action against Libya, with Prime Minister Vladimir Putin comparing it to the medieval crusades and President Dmitry Medvedev warning him to watch his use of words.

Their statements represented a rare open clash on foreign policy.

“It allows everything and is reminiscent of a medieval call for a crusade,” Putin said Monday. “In fact, it allows intervention in a sovereign state.”

Hours later, Medvedev rebuked the prime minister: “We have to be absolutely accurate in our assessments. Under no circumstances is it acceptable to use expressions that essentially lead to a clash of civilizations such as crusades and so on.”

The Russian president defended the decision to abstain in last week’s vote at the United Nations and characterized the resolution as a legitimate response to Moammar Gadhafi’s “crimes against his own people.”

“The resolution in general reflects our understanding of what’s going on in Libya, but not entirely,” Medvedev said. “That is why we did not use our veto right.”

Putin and Medvedev have on occasion appeared to take different approaches to domestic and economic policy issues. For instance, Medvedev has criticized the big state corporations championed by Putin and issued veiled criticism of Putin’s statements on jailed oil tycoon Mikhail Khodorkovsky.

The divisions reflect a split in their main constituencies. While Putin’s tough rhetoric appeals to average Russians, Medvedev’s more liberal statements are designed to please the West and Russia’s liberal elite.