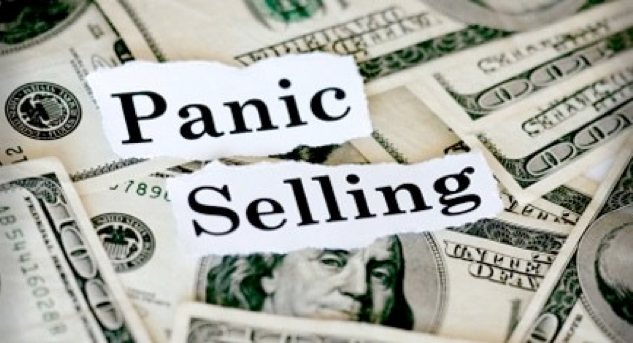 “If 74.17 falls, the next big target will be the low made around the time of the Bear Stearns demise which was March ’08, that low was 70.70. I think it is quite possible to see a panic before we go through 70 on the dollar index.

We have dropped nearly 3% in about the last 5 trading days. Euro longs are getting nervous, we see them buying puts to hedge against their long positions.

– James Turk – Panic Selling of US Dollar Could Happen Quickly:

James Turk out of London:

It’s not just the charts painting this bearish picture for the dollar, the fundamentals are atrocious. With Europe on the verge of raising interest rates and the Federal Reserve set in its ways keeping interest rates low as far as the eye can see, people around the world are going to increasingly dump the dollar.

At some point there is going to be a panic as the flight from the dollar moves from the relatively orderly retreat we are currently witnessing, to a stampede. The charts are telling me that panic is about to begin. As I mentioned in a KWN blog earlier this month, I believe the next leg down in the US dollar will shock the world.”