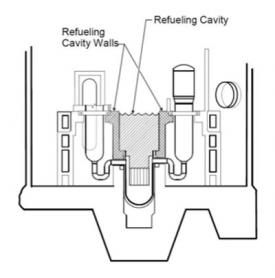 The U.S. nuclear industry is facing yet another worry today, with a new report from the Union of Concerned Scientists suggesting that there’s been a leak at the facility since “at least 1993 (via Zero Hedge).”

The leak is in a lining that is meant to provide protection in the event of an earthquake.

From the Union of Concerned Scientists:

However, NRC inspectors at Indian Point recently found that the liner has been leaking 2 to 20 gallons per minute since at least 1993 (NRC 2010v), and that the plant owner has not yet delivered on repeated promises to fix the leak. That means the device installed to prevent leakage after an earthquake is leaking before an earthquake even occurs. The liner has no other safety function. Yet NRC managers have dismissed the longstanding problem, not- ing that the refueling cavity leaks only when it is filled with water (NRC 2010o).

If anyone in the U.S. was alarmed about the nuclear power industry before, they’re likely to be more so going forward.