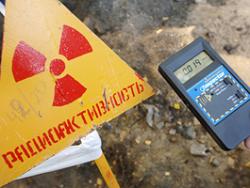 “The round-the-clock monitoring is organised jointly by specialists of the Far East meteorology service, Rosportebnadzor’s laboratories, EMERCOM’ s stations for the radiation and chemical monitoring and by the military,” the source said.

Natural radiation level has not been exceeded as yet.

EMERCOM’s aviation will join the monitoring to control situation above the territories of Khabarovsk, Kamchatka and the Sakhalin Region.

“Two Mi-8 helicopters and one An-74 plane with specialists on board will measure radiation in the atmosphere at various heights,” the source said.

Vessels of Russia’s border guard take measurements in the sea.

“The Russian Academy of Sciences’ Institute of safe development of nuclear power industry says that there are no forecasts citizens of the Russian Federation and the environment are at risk, no matter how the situation at Japan’s nuclear power plants will develop,” the source said. “Additional measures in the Far East to protect the people and environment, evacuation or taking medications as a precaution are not needed.”

Meteorologists forecast that the air flows in Japan’s emergency region will continue to move towards the Pacific Ocean, the opposite from the Far East.