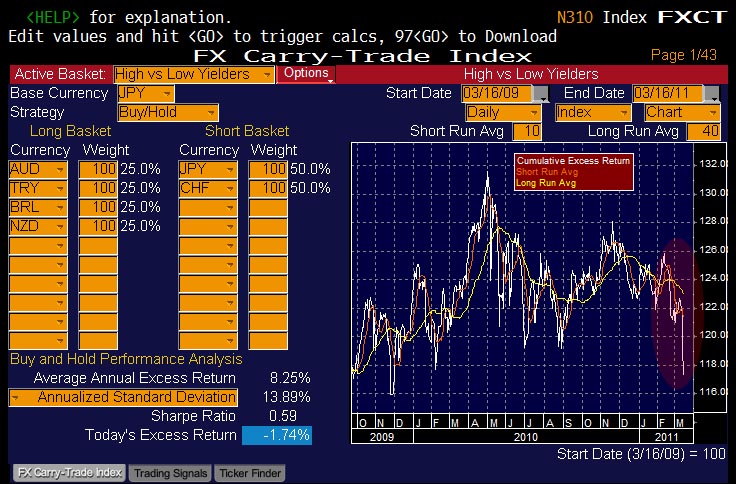 While everyone is staring in disbelief at the USDJPY, the real carry action is in the high yielding-YEN pairs, i.e., the development, high growing countries. And it’s a massacre: ZARJPY, NZDJPY, AUDJPY – all are plunging far more than the USD. This is nothing short of a complete carry trade unwind.

The implications: the cheapest recurring source of funding for risk assets – the Yen carry trade, is over. Those who managed to sell early on are lucky. The rest will get such an onslaught of margin calls tomorrow they may need to access the discount window (if Primary Dealers and the luckier banks).

Many will be forced to sell assets to satisfy collateral requirements as ongoing sales of carry pairs push the Yen ever higher, and force ever more liquidity out of the market. And if the Yen carry trade is done, the question is when will the USD, which has also been a carry currency for some time, follow suit.

And, once again, the most troubling observation is that the BOJ has not intervened. Our sinking feeling is that after pumping 50 trillion or so in money markets, the petty cash may be running quite low. In any case, ES opens in 2 minutes. Grab the popcorn now.