– Gasoline Cost to Jump $700 For Average US Household 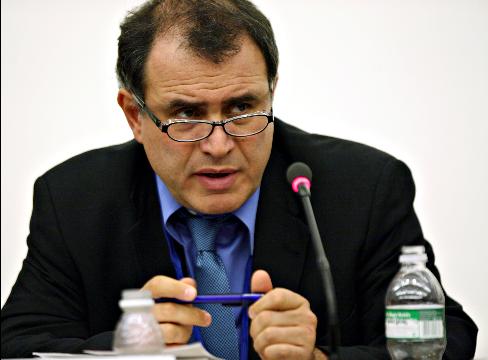 Nouriel Roubini, the economist who correctly predicted the global financial crisis, warned on Thursday that some advanced economies could experience a double dip recession if the price of oil climbs to $140 a barrel.

“It the turmoil in the Middle East becomes much worse and the price of oil reaches $140-150 a barrel then the risk of a double dip recession increases,” Roubini said in a keynote speech here at MIPIM, the world’s annual gathering of real estate professionals.

Several analysts have forecast oil could again reach the record $147 it set July 2008 before the onset of the global financial crisis if unrest spreads through the Middle East.

The CEO of Roubini Global Economics noted that whilst the current price of oil is a drag on the developed economies, albeit a modest one, it will have a more serious impact on emerging economies where there is a risk of double-digit inflation.

The current turmoil is the Middle East and the rise of oil and food prices will result in a recovery that is more U-shaped rather than V-shaped, Roubini told MIPIM delegates.

Growth will be weakened by large-scale public and private debt, which will be a constraint on growth, the economist stressed.