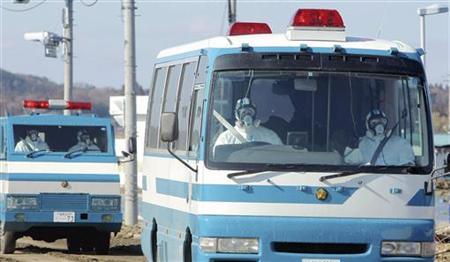 A third reactor at the Fukushima No. 1 plant loses its emergency cooling capacity, bringing to six the number of reactors that have failed at the two Fukushima nuclear power plants since the earthquake and tsunami.

– IAEA: Japan may hand out iodine near nuclear plants (Reuters):

Iodine can be used to help protect against thyroid cancer in the case of radioactive exposure in a nuclear accident.

After the 1986 Chernobyl disaster, thousands of cases of thyroid cancer were reported in children and adolescents who were exposed at the time of the accident. More cases are expected.

In Japan Saturday, radiation leaked from a damaged nuclear reactor after an explosion blew the roof off in the wake of the massive earthquake, but the government insisted that radiation levels were low.

The International Atomic Energy Agency (IAEA), the U.N. nuclear body, said Japanese authorities had informed it of the explosion and that they were “assessing the condition of the reactor core.”

Japan expanded the evacuation zone around the plant, Fukushima Daiichi, and also that of the nearby Fukushima Daini nuclear power plant.

“The authorities also say they are making preparations to distribute iodine to residents in the area of both the plants,” the IAEA said in a statement.

“The IAEA has reiterated its offer of technical assistance to Japan, should the government request this,” it said.

Meltdown may be occurring at nuclear plant, Japanese official says 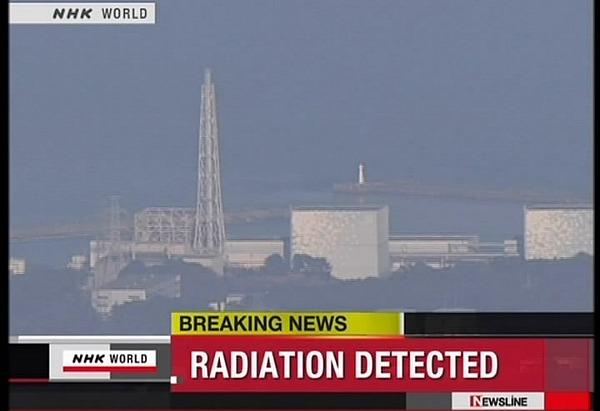 ‘There is a possibility, we see the possibility of a meltdown,’ an official with Japan’s nuclear agency says in an interview with CNN, adding that he is basing this on radioactivity measurements near the plant Saturday night. But the Japanese ambassasdor to the U.S. tells CNN that there’s no evidence of a meltdown.

A meltdown may be occurring at one of the reactors at an earthquake-damaged nuclear power plant in northeast Japan, a government official told CNN Sunday morning Japan time.

Bannai said engineers have been unable to get close enough to the reactor’s core to know what’s going on, and that he based his conclusion on radioactive cesium and iodine measured in the air near the plant Saturday night.

Photos: Scenes from the earthquake

“What we have seen is only the slight indication from a monitoring post of cesium and iodine,” he told CNN. Plant officials have since injected seawater and boron into the plant in an effort to cool its nuclear fuel.

“We have some confidence, to some extent, to make the situation to be stable status,” Bannai said on CNN. “We actually have very good confidence that we will resolve this.”

But Japan’s ambassador to the United States insisted there was no evidence of a nuclear meltdown at the plant.

Videos of the earthquake

“There was a concern about this reactor. We have confirmed that there was a blowup but it was not a blowup of reactor nor container. It was a blowup of the outer building so there was no leakage of the radioactive material,” Ambassador Ichiro Fujisaki told CNN’s Wolf Blitzer.

“We are now trying to cope with the situation by putting saltwater into the reactor,” he said. “There are some other issues with other reactors as well, which need also injection of water or taking out vapor because of increasing pressure into the container and we are now working on it.”

When asked if there may be a nuclear meltdown, Fujisaki told Blitzer, “We do not see any evidence of that at this time.”

The Fire and Disaster Management Agency announced Sunday that 15 patients and an ambulance were exposed to radiation at a hospital within seven miles of the plant, Kyodo News Agency reported.

A state of emergency has been declared for the reactor and two of the other five reactors at the same complex, he said, and three are in a safe, shut-down state.

“The other two still have some cooling systems, but not enough capacity,” he said.

News of the possible meltdown came as rescue efforts resumed Sunday morning in areas devastated by the magnitude 8.9 quake and subsequent tsunami.

While the official death toll from Japan’s National Police Agency was 686, the actual toll is likely higher, with Japanese public broadcaster NHK reporting more than 900 dead.

18 thoughts on “Japanese Official: Meltdown May Be Occurring At Nuclear Plant – IAEA: Japan May Hand Out Iodine Near Nuclear Plants – US Nuclear Experts Worry About Possible Japan Reactor Meltdown”