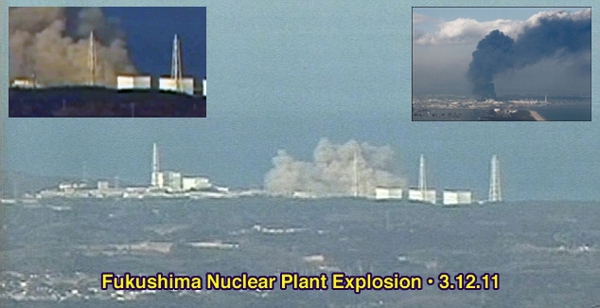 – Japan struggles with nuclear reactors in wake of quake (CNN)

Nuclear power plants in Japan have a “fundamental vulnerability” to major earthquakes, Katsuhiko said in 2007. The government, the power industry and the academic community had seriously underestimated the potential risks posed by major quakes.Katsuhiko, who is professor of urban safety at Kobe University, has highlighted three incidents at reactors between 2005 and 2007. Atomic plants at Onagawa, Shika and Kashiwazaki-Kariwa were all struck by earthquakes that triggered tremors stronger than those to which the reactor had been designed to survive.

(Reuters) – Tokyo Electric Power said it had lost its ability to control pressure in some of the reactors of a second nuclear power plant at its quake-hit Fukushima facility in northeastern Japan.

Pressure is stable inside the reactors but rising in the containment vessels, a spokesman said, although he did not know if there would be a need to release pressure at the plant at this point, which would involve a release of radiation. (Reporting by Osamu Tsukimori; Editing by Edwina Gibbs and Edmund Klamann)