With nobody having any clue how the MENA situation will play out (and those who tell you otherwise can be immediately dismissed as full of feces to be ridiculed in perpetuity by everyone but CNBC where they will have a guaranteed contributor slot), and as crude has promptly become the most volatile asset class (as Zero Hedge predicted last summer when we lamented the death of equities) recently experiencing an unprecedented 7 Sigma move which likely led to the liquidation of at least one asset manager, there are two main charts which matter for the oil.

On one hand, the Crude Oil non-commercial net specs are at an all time high: well over 100% more than during the oil time highs in crude in 2008.

This means that speculators are anticipating an even more powerful move higher than that seen in the summer of 2008 when Crude hit $150 (it also presents the possibility of an unprecedented plunge in oil should the speculative thesis not be realized).

Just as important, the performance of energy as a subsegment of all commodities is currently materially underperforming all other commodities, with Previous, Agircultural and Industrial commodity classes all doing far better than crude and its peers.

Should there be a rotation out of other commodities into the energy complex, look for crude to surge far beyond $125 in the next few weeks. All it would take is one Saudi geopolitical spark. 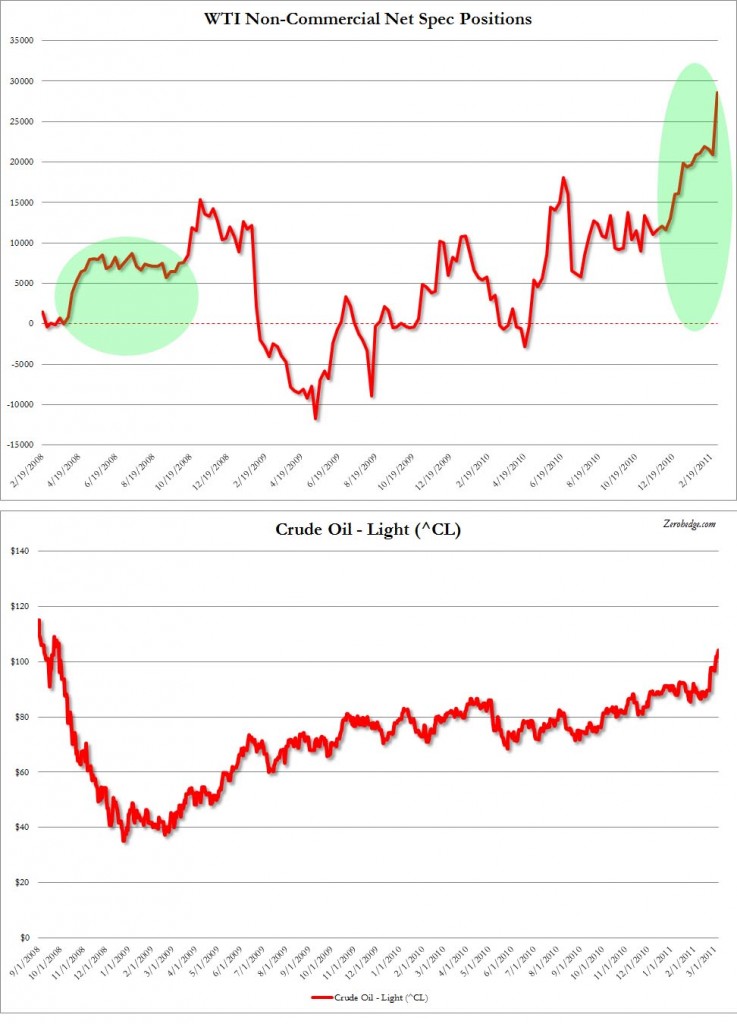 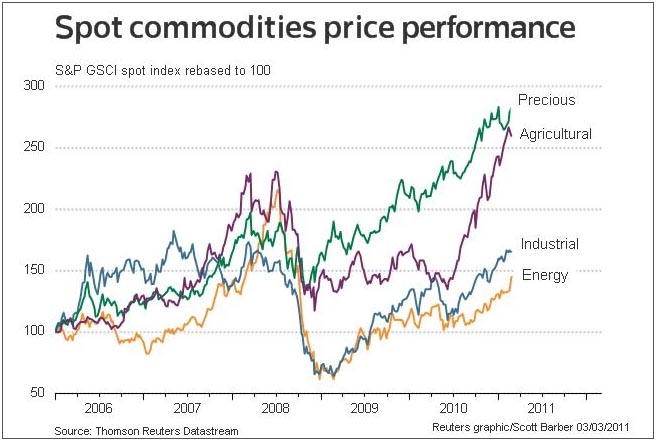