Bilderberg and non-executive Chairman of Goldman Sachs International (a registered UK broker-dealer, a subsidiary of Goldman Sachs) Peter Sutherland is doing an excellent job for the elitists! 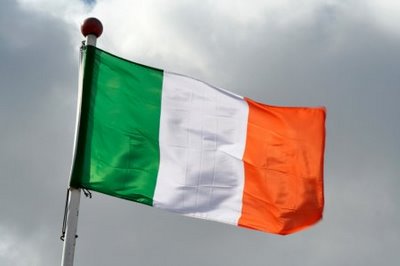 The Fine Gael/Labour coalition Government is to implement in detail the outgoing Government’s four-year austerity plan as approved by the EU-IMF, the Sunday Independent can reveal.

In what will amount to the most barefaced breach of election promises ever perpetrated by an incoming Government, the coalition partners’ programme for government will cause uproar when it is published today.

While an attempt will be made to dress up the programme as a new plan by a new Government, when it is analysed it will be seen for what it is — the continuation of the economic policies of Fianna Fail and the Greens, virtually in minute detail, as laid down by the EU-IMF.

If anything, Fine Gael will be seen to have capitulated more as it is handing over responsibility for reform of the public sector to Labour, whose core support is drawn from the public sector.

The programme envisages no more than 22,000 voluntary redundancies in the public sector, a long way short of Fine Gael’s election promise to reduce the numbers employed by 30,000.

Fine Gael is expected to defend this U-turn by stating that 2,500 voluntary redundancies have already taken place in the public sector since January 2010.

However, the Fine Gael decision to hand reform of the public sector to Labour will provoke fury among many Fine Gael TDs, and cause uproar among the huge numbers who voted for Fine Gael.

Furthermore, it reduces the Government’s chances of re-negotiating the EU-IMF bailout since our public spending excess is seen as a chronic problem in Europe.

The new Government will place heavy emphasis on its intention to renegotiate the bailout plan, as imposed on the outgoing Government, but the possibility of such a renegotiation is at least two, maybe three years away.

The omens are not good in this regard as the incoming Taoiseach, Enda Kenny, has already prepared the ground to pull back from his demand for “haircuts” on senior bank debt, saying other ways must be found to cut the cost of Ireland’s bank bailout if losses are not imposed on bondholders.

“There is no way we are going to survive as a country unless we successfully renegotiate the EU-IMF deal,” a senior Fine Gael source, familiar with the negotiations to form a Government, told the Sunday Independent yesterday.

The new Government will cite briefings on the dire state of the economy, and the banks to explain its decision to slip into the straitjacket imposed by the EU-IMF, just vacated by Fianna Fail and the Greens.

Yesterday, however, a well-placed Fine Gael source did not even attempt to disguise the fact that the new programme for government represents a rip-off of the outgoing Government’s four-year plan as signed off on by the EU-IMF.

“Yes, we are going to have to stick with the four-year plan, at least for two or three years, and maybe even go further and deeper than the austerity measures envisaged in that plan,” he said. “There is no getting away from that. I cannot deny it.

“The country is banjaxed, worse than we ever imagined. We have no choice.”

In effect, the programme for government negotiated between Fine Gael and Labour will represent a middle-ground compromise on the respective election promises of FG and Labour, particularly in relation to the economy.

However, Fine Gael has ceded to Labour the issue of reform of the public sector, which is certain to anger the hundreds of thousands of private sector workers who voted for Fine Gael in the General Election.

An analysis of voting patterns carried out by the Sunday Independent reveals that only 16 per cent of Fine Gael voters gave their second preference to Labour candidates, while Labour transfers to Fine Gael amounted to just 35 per cent.

The analysis, therefore, shows that Fine Gael voters made it clear that they were not supporting a Fine Gael/Labour coalition; while there was greater Labour support for this form of Government, a majority of Labour voters did not favour coalition with Fine Gael either.

In the Sunday Independent today, Independent TD Shane Ross, who had offered up to eight Independent TDs to support a minority Fine Gael Government, writes: “These guys fell into each other’s arms months ago.

“Any observer of the camaraderie in Leinster House over the years knows that their 14 years in the political wilderness of opposition have united them in one common mission: power. To hell with policy, it is time to divide the spoils. Spoils first, policy later.”

However, it is the specifics of policy, as contained in the programme for government, which are now certain to provoke the anger of the electorate.

In the election campaign, Fine Gael promised to reduce numbers working in the public sector by 30,000, through a scheme of voluntary redundancy, under the Croke Park deal. But Labour said a voluntary reduction of the order of 18,000 would suffice.

The Sunday Independent has learned that the new government programme commits to reducing employment in the public sector by, at most, 22,000 through the Croke Park deal, a concession by Fine Gael which represents a huge victory for Labour.

Yesterday, a senior Fine Gael TD who is not party to the negotiations said: “If we hand over the public sector to Labour the game is up, we will be finished before we start. It is one of the most central issues, if not the main issue. This will lead to deep divisions in Fine Gael.”

Another Fine Gael TD told the Sunday Independent: “Already today I have had two businessmen on to me about this. If Fine Gael lets Labour have the public sector, it’s over for us, game, set and match.”

The Sunday Independent understands that the new government will embark on a programme of the sale of non-strategic state assets, ostensibly to provide for a job stimulus package as promised by Fine Gael in the election campaign.

However, there is growing concern within Fine Gael that the sale of semi-states will take place to spare greater savings in the public sector.

In relation to the economy, both Fine Gael and Labour have compromised their election promises to, in effect, bring them closer to the commitments of Fianna Fail’s four-year plan.

For example, the new programme for government commits to reducing the national deficit to three per cent of Gross Domestic Product by 2015: in the election campaign, Fine Gael said its aim was to reduce the deficit by 2014 and Labour said by 2016.

Fine Gael will claim victory insofar as the new programme commits to no new or increased taxes on work, not even on those who earn in excess of €100,000 a year, as proposed by Labour during the election.

However, a raft of stealth taxes will be contained in the government programme, such as water charges and property taxes. Other, more obscure stealth taxes are also expected.

It is also understood that Fas is to be abolished and its functions absorbed into the workings of the Department of Social Protection.

The issue of public sector reform will move centre stage when the new Government is in power. The credibility of Fine Gael and Labour on this issue, however, will be damaged by a decision not to cut the number of ministers of state.

While the new government programme contains a range of proposed political reforms, the Sunday Independent understands that all 14 junior ministers are to be retained.

The Labour contingent will include Eamon Gilmore; Joan Burton; Brendan Howlin; Ruairi Quinn; and Pat Rabbitte. The Labour portfolios will include a new department for public sector reform; and Foreign Affairs, Enterprise & Employment and Education. It is expected Labour will also have a ‘super-junior’ minister at Cabinet, either Jan O’Sullivan from Limerick or Sean Sherlock from Cork.

The Fine Gael parliamentary party is to discuss the programme for government tomorrow; the programme will also go before a Labour special delegate conference in Dublin today.

Shortly before 10pm last night, Fine Gael’s chief negotiator Phil Hogan emerged from the talks to say that the parties would reach a deal by the end of the night. He said that there were just “three or four policy issues” remaining to be sorted out, and added that the shape of the Government — meaning the dividing out of the ministers’ portfolios — had yet to be agreed upon.

Sources close to the talks said that negotiations were prolonged into the early hours because Mr Gilmore was demanding six full ministers at Cabinet table — while Mr Kenny was adamant that Labour could only have five, plus one “super junior”.

Coming close to midnight, both sides were still deadlocked on the issue.