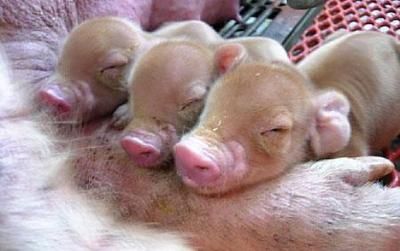 EU Commissioner for Trade: Products from offspring of cloned animals already on the market

Munich, Bruxelles, 3 March 2011. A non-public EU Commission paper confirms that food from offsprings of cloned animals are already on the European market. The animals get into the market via the import of breeding material from the US. The EU Trade Commission argues that in future too these products should not be regulated, labelled or controlled for unexpected risks, because so far no systems have been established for registering the animals in exporting countries such as the US. If the EU Commission succeeds, consumers within the EU will not get any information about these products like milk and meat, despite a high level of consumer rejection of cloning of animals for food production.

“Products that are widely rejected on ethical concerns are to be disposed of via consumers. The EU Commissioner De Gucht is giving in without a fight to industrial agriculture lobbyists. This is astonishing since only very few companies are making profits from this highly controversial technology,” says Christoph Then at Testbiotech in Germany.

Testbiotech in 2010 published a study on behalf of the Greens in the European Parliament which documents the risks and consequences of introducing cloning animals for food production. Testbiotech especially recommends controls on the import of breeding material. The systems necessary for registering the cloned animals are perfectly practicable. Registers for offspring are very commonly used in breeding livestock.

The European Parliament is now trying to find a compromise on 16 March in the framework for the renewed Novel Food regulation. The Parliament is asking for a ban of food products derived from cloned animals and their offspring.

The ‘non paper’-Document from the Commission is attached HERE.

Link to the report of Testbiotech: http://www.testbiotech.org/en/node/380