– UK: Milk From Cloned Cows Given Green Light By Defra 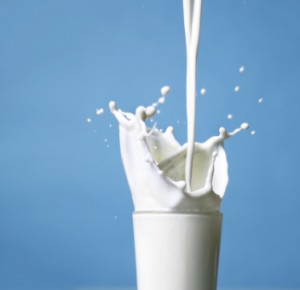 Perfect pint? Currently it is illegal to sell milk and meat from cloned animals in the UK – a ruling that the European Commission wants to amend

Milk and meat from cloned animals’ offspring could soon be on sale without any warning labels, shoppers were warned last night.

The European Commission is threatening to force through the change – with the backing of the British Government.

The alarm was raised by the European consumer group, BEUC, whose director general, Monique Goyens, said: ‘Consumers must be able to know and choose what they eat.’

Currently, it is illegal to sell meat or milk from clone animals or their offspring in the UK. Anyone who wishes to do so would have to apply for permission from the Food Standards Agency. The European Commission takes the view that food from the offspring of clones should be allowed into the high street without any labels or the need for approval.

The Commission opposes the sale of food from clones themselves, however the UK government has no objection.

Both European and UK scientists have highlighted a lack of research to ensure food safety. Animal welfare groups have identified serious welfare problems for the clones, including deformed organs and gigantism.

The Commission is arguing that any ban on food from clone offspring risks triggering a trade war with the U.S., where most cloning of food animals currently takes place.

Brussels says that as the U.S. does not have an official tracing system to identify which animals are the offspring of clones, it would be impossible to label the resulting food.

At the moment there are just over 100 clone offspring animals on British farms. If the Commission gets its way, this is likely to rise dramatically.

The controversial proposals have the backing of Caroline Spelman, Secretary of State for the Department for Environment, Food and Rural Affairs.

Miss Goyens said: ‘It is unacceptable that the EU will have to allow milk or meat from the offspring of cloned animals without any labelling just because the U.S. and other exporting countries have no traceability system in place.’

Research shows an overwhelming majority of EU consumers do not want cloning to be used for food production purposes. Some 84 per cent are concerned about the long-term health and safety effects.

The Daily Mail revealed the birth of the first clone offspring calf, Dundee Paradise, on a farm in Shropshire in 2006. She and her siblings have produced more than 100 offspring. Most of these, Holstein milking cows, are currently too young to produce milk.