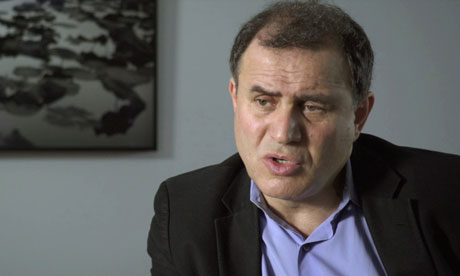 So-called “muni bonds” are issued on behalf of cities, local governments or other agencies, such as publicly owned airports or school districts, and used to finance local projects. They offer tax breaks to investors, and while returns are relatively low, they have traditionally been seen as safe investments.

But, the report says, muni bonds are under intense pressure as states struggle with overspending, the recession and unfunded liabilities for pensions and other retirement benefits estimated to be over $7tn. The worst recession since the 1930s has caused a steep fall in tax receipts; state tax collections, adjusted for inflation, are now 12% below pre-recession levels, according to the Centre on Budget and Policy Priorities thinktank.

Defaults will continue to be isolated events, according to the report, and will not cause damage to the wider economy by themselves. But they will slow down the economy as local authorities cut spending, lay off employees and increase taxes to avoid default and “pay for past promises”. As the report points out: “State and local spending is $1.8tn, or one-eighth of US GDP, and employs over 19 million individuals, almost 15% of non-farm employment. Some 268,000 government jobs have been lost at the state and local level in the past year, despite federal assistance.”

Last year, Whitney triggered an intense debate over muni bonds after warning of a coming wave of defaults totalling “hundreds of billions of dollars”. She predicted that 50 to 100 municipalities would default on their debts this year. Her prediction provoked an exodus from the muni bond market; investors withdrew some $14bn from it between December last year and February this year.

But her predictions have been dismissed by other analysts and fund managers including Bill Gross, who manages Pimco, the world’s biggest bond fund. Whitney said her claims were based on two years of research and has vigorously defended her team’s work.

1 thought on “Roubini Global Economics’ Forecast: US Municipalities Could Default On $100 Billion”