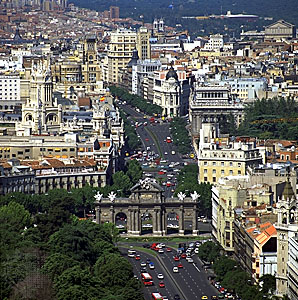 Now that the world is focused on the ongoing turbulence in the Middle East, Europe gets a rest from the financial hit men.  While Europe ain’t the Middle East, there are lots of connections between the two continents.

Many countries within the European Union have citizens with Arabic roots and backgrounds, and the Islam is a second largest religion. And lets face it, a few hours in a jet airplane and most Europeans can enjoy the tropical climate of the Middle East region.

But there’s more, like the large trade and financial pacts between different Arabic and European nations. Take for instance the in ‘state-of-turmoil’ Libya, who holds large stakes in Italian blue-chip companies like banking giant UniCredit or defence company Finmeccanica. That makes Italy, already a EU member in financial chaos, a first potential victim of the unrest in the Middle East.

But if we dig deeper in the EU/Middle East web, then we see more potential trouble ahead. The immense trading hub between Morocco and France, or the Turkish ‘gateway’ for Eastern Europe. No wonder few pundits are sounding the alarm bells. But hey, that’s the world we live in nowadays, with everyday a potential to chaos.

If we take a step back, away from the heat, and have a look at the bigger picture for Europe, then the real problem and threat for Europe lies within Europe, namely Spain. Spain is for Europe what Florida is for the US: one gigantic foreclosure mess! And guess what, prices of Spanish homes are still dropping, just like oversees.

The latest official drop in house prices for Q1 ’11 was 3.5 percent, which is better – or less worse –  then 6.5 pc drop of last year, but still dramatic for one of the largest EU countries, with gigantic debt loads in the property market. 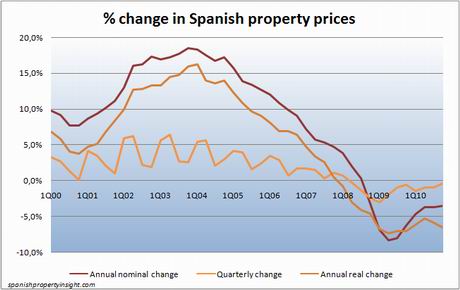 And there is more where that came from! Mark Stucklin of Spanish Property Insights touts the official housing numbers:

“As a result, prices have now fallen 13.1pc peak-to-present, and by as much as 20pc in popular tourist destinations like Alicante province (Costa Blanca), home to a large stock of holiday-homes.

The problem with the Government’s data is it tends to understate price falls, which have been more like 30pc or more (peak-to-present) in coastal regions like the Costa Blanca and the Costa del sol.” 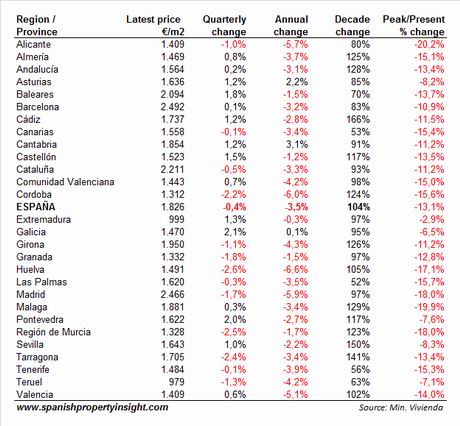 We wouldn’t be surprised if a second leg down happens in Spanish property prices. The latest unemployment figures from the peripheral country are devastating. Last month (February ’11) the number of unemployed citizens in Spain stood at 4.3 million, more than 20 percent of the working class and above 40 percent among the youngster!

And we expect the unemployment numbers won’t come down, on the contrary. So we guess there won’t be a rush on Spanish property any time soon, but only more pain to come for the housing sector in Spain. And we all know by now what that means for the already insolvent Spanish banking sector…

So when the dust settles in the Middle East, the financial hit men will return blowing up those European CDS premiums to unprecedented levels, and the time for ‘tricky’ Trichet to fire his bazooka at Spain will once again be upon us: QE3 EU-style!