It seems there is just one market which the Fed is either unable, or unwilling to manipulate: that of Portuguese (and generally peripheral European) debt. And for good reason.

As the WSJ reports, Portugal started the year with about €4 billion in cash:

“Fresh borrowing and other public transactions suggest Portugal has this year likely increased that number to around €4 billion. The official said in an email that the figure had risen but didn’t elaborate.”

There is one small problem: the country has a €4 billion outflow on April 15… and has to pay down €20 billion worth of debt maturities and budget deficits through the end of this year!

Where the country will get this money… nobody knows. Just BTFD. But not in Portuguese bonds. As the charts below show that is still the only asset that can’t find a greater idiot. 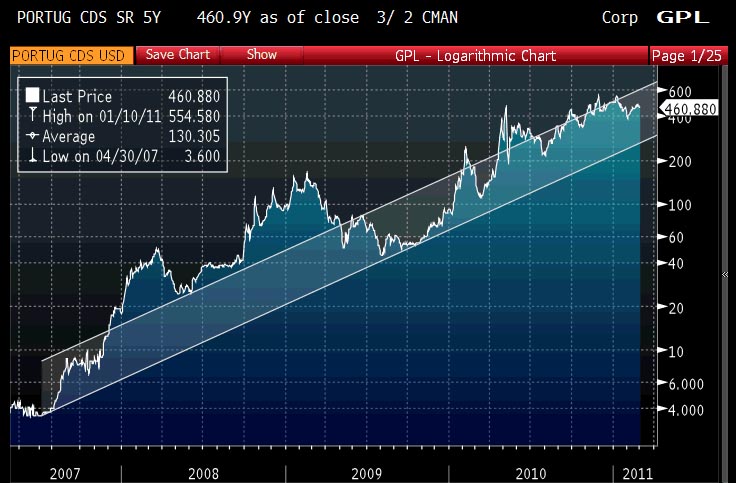 Portugal’s leaders have said repeatedly that they don’t need a bailout, and that a program of economic reform and austerity the country has embarked upon will convince financial markets to lend it what it needs. Portugal has been able to issue both long- and short-term debt this year, albeit at high interest rates.

The relatively small amount of cash Portugal has on hand stands in contrast with Ireland, which has roughly similar borrowing needs this year. But Ireland had about €13 billion in cash in its main accounts heading into 2011, plus tens of billions more in a pension-reserve account that has acted as a rainy-day fund.

Still, Ireland’s huge exposure to government-guaranteed banking liabilities forced it into a bailout last year. Greece, which took a bailout last spring, did so because it couldn’t attract enough borrowing at reasonable rates to meet two large bond redemptions.

The following can hardly be described as prudent Treasury actions:

So far this year, Portugal has raised €5 billion from selling short-term Treasury bills and spent about €7 billion redeeming them.

But just like in the first week of January we expect Portugal’s white knight (remember how two long months ago everyone thought Europe was about to implode…no?) will be China once again.

It wasn’t immediately clear what Portugal has taken in through other vehicles, like retail savings bonds or private placements. Spokespersons for the Portuguese finance ministry didn’t respond to repeated messages inquiring about the country’s cash position.

And if China fails, Portugal can always come crawling with its “other vehicles” to the Fed. Ben would be more than happy to shower it with other taxpayers’ money… 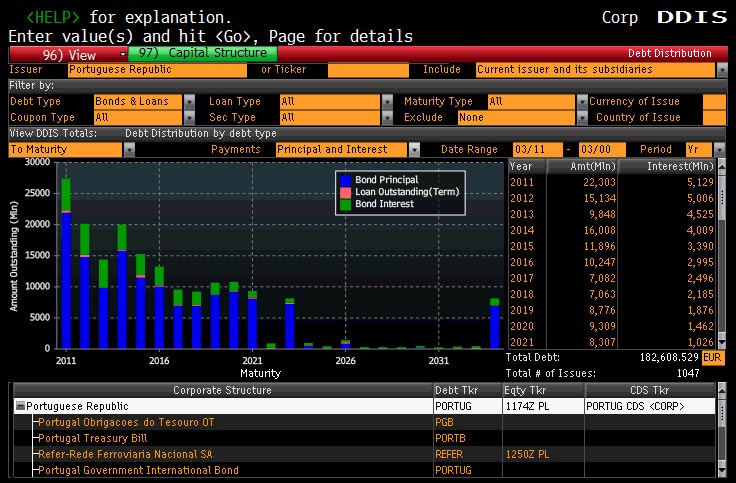 1 thought on “Portugal: Only €4 Billion In Cash Vs €20 Billion In Bond Maturity And Deficit Outflows In 2011”