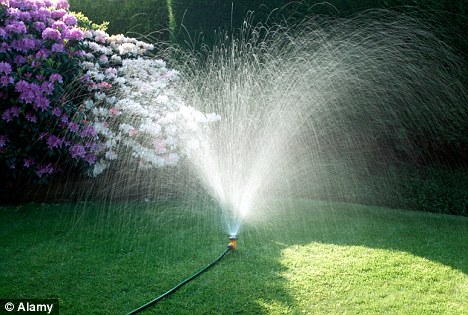 Scientists have genetically engineered an organism that secretes diesel fuel wherever there is sunlight, water and carbon dioxide.

Researchers at the firm, based in Cambridge, Massachusetts, said they can produce the fuel that runs jet engines using the same ingredients that make grass grow.

They also claim to be able to make it in facilities both large and small and at costs comparable to the cheapest fossil fuels.

Joule’s website describes the breakthrough as ‘energy independence’, although many remain sceptical.

‘If we’re half-right, this revolutionises the world’s largest industry, which is the oil and gas industry.

‘And if we’re right, there’s no reason why this technology can’t change the world.’

But National Renewable Energy Laboratory scientist Philip Pienkos said Joule’s technology is exciting but unproven, and their claims of efficiency are undercut by difficulties they could have just collecting the fuel their organism is producing.

Timothy Donohue, director of the Great Lakes Bioenergy Research Center at the University of Wisconsin-Madison, said Joule must demonstrate its technology on a broad scale.

Perhaps it can work, but ‘the four-letter word that’s the biggest stumbling block is whether it “will” work,’ Mr Donohue said.

‘There are really good ideas that fail during scale up.’

Joule was founded in 2007. In the last year, it’s roughly doubled its employees to 70, closed a $30 million second round of private funding in April and added John Podesta, former White House chief of staff under President Bill Clinton, to its board of directors.

The company worked in ‘stealth mode’ for a couple of years before it recently began revealing more about what it was doing, including a patent for its cyanobacterium last year. This month, it released a peer-reviewed paper it says backs its claims.

Work to create fuel from solar energy has been done for decades, such as by making ethanol from corn or extracting fuel from algae.

But Joule said it has eliminated the middleman that’s makes producing biofuels on a large scale so costly.

That middleman is the ‘biomass’, such as the untold tons of corn or algae that must be grown, harvested and destroyed to extract a fuel that still must be treated and refined to be used.

Joule said its organisms secrete a completed product, already identical to diesel fuel or ethanol, then live on to keep producing it at remarkable rates.

Joule claims, for instance, that its cyanobacterium can produce 15,000 gallons of diesel full per acre annually, over four times more than the most efficient algal process for making fuel. And they say they can do it at $30 (£18.45) a barrel.

A key for Joule is the cyanobacterium it chose, which is found everywhere and is less complex than algae, so it’s easier to genetically manipulate, said biologist Dan Robertson, Joule’s top scientist.

The organisms are engineered to take in sunlight and carbon dioxide, then produce and secrete ethanol or hydrocarbons – the basis of various fuels, such as diesel – as a byproduct of photosynthesis.

The company envisions building facilities near power plants and consuming their waste carbon dioxide, so their cyanobacteria can reduce carbon emissions while they’re at it.

The flat, solar-panel style ‘bioreactors’ that house the cyanobacterium are modules, meaning they can build arrays at facilities as large or small as land allows, the company says.

The thin, grooved panels are designed for maximum light absorption, and also so Joule can efficiently collect the fuel the bacteria secrete.

Success or failure for Joule comes soon enough. The company plans to break ground on a ten-acre demonstration facility this year and Mr Sims said they could be operating commercially in less than two years.