﻿The elite has found an oil field in Alaska that could supply the entire US for 200 years, but ‘cheap oil’ is not on their agenda.

This oil price spike is going to be anything but short lived, if you believe this chart from Morgan Stanley.

It details how by the year 2013, there’s not going to be any excess supply in the system. That means, even if the Saudis aren’t lying about being able to ramp up production like Jim Rogers says, they’ve only got two more years to do so before that spare capacity evaporates.

So beyond the Middle East instability trend, there’s a much bigger problem lurking.

Don’t miss: 12 countries that will get wrecked in an oil price spike >

From Morgan Stanley (they clearly mean “spare” not “space” in the headline): 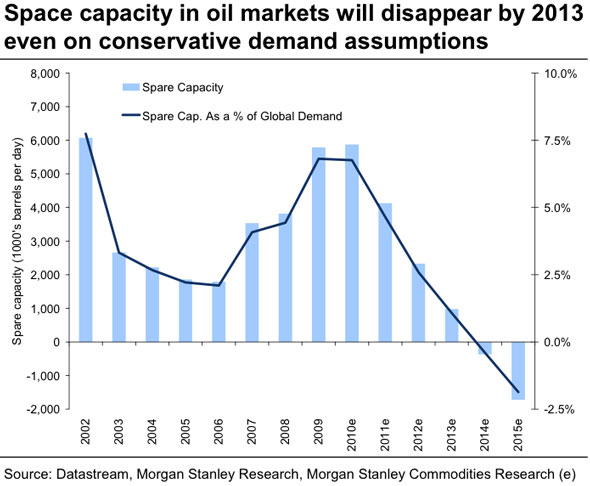