After protests recently shifted to Korea, they have now migrated to very tightly controlled Vietnam (and some were wondering what the reason for the orchestrated take down of rice in the past week was), in the first public demonstration by unhappy farmer against the controlling regime in many years.

In the meantime, as the media blackout over developments in Korea, Bahrain and just as importantly Algeria continues (not to mention China), keeping in mind that as Nomura predicted, a shut down in Algerian and Libyan oil production is all that is needed for crude to hit $220, we now look forward to Venezuela to join the revolutionary ranks, with the culmination being when Afghanistan and Pakistan, and associated nukes, go in play.

In the meantime, the rough rice non-commercial speculators refuse to give up over what is now a blatant attempt by the commercials to suppress the price of rice. One day we hope to get Wikileaks or someone else to disclose just how much pressure China put on JP Morgan to keep Rice at ridiculously low levels in light of the action in other commodities. 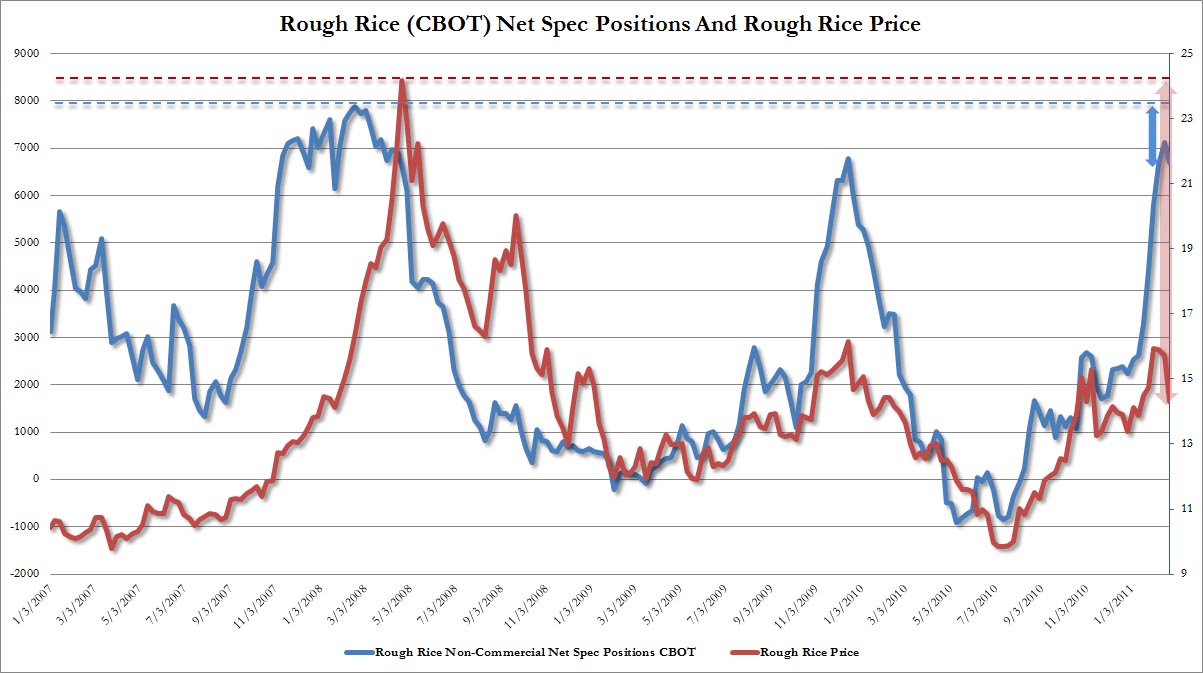