The NYSE has released its January margin debt data. Not surprisingly, total margin debt hit a peak of $290 billion, the highest since September 2008, but the one category that shows just how much purchasing is occurring on margin is total Free Credit less Total Margin Debt drops to the lowest since the all time credit bubble peak in July of 2007!

At ($45.9 billion) this number is just below the ($52.8) billion last seen just before the August 2007 quant wipe out which blew up Goldman’s quant desk, and arguably was the catalyst for the beginning of the end. In other words, as we have shown, everyone is now purchasing on margin and the level of investor net worth is the lowest in over 3 years.

Which means that should the market decline from this week persist and the Fed be unable to stop it, the margin calls will start coming in fast and furious, and unwinds in otherwise stable products like gold and silver are increasingly possible as hedge funds proceed to outright liquidations. 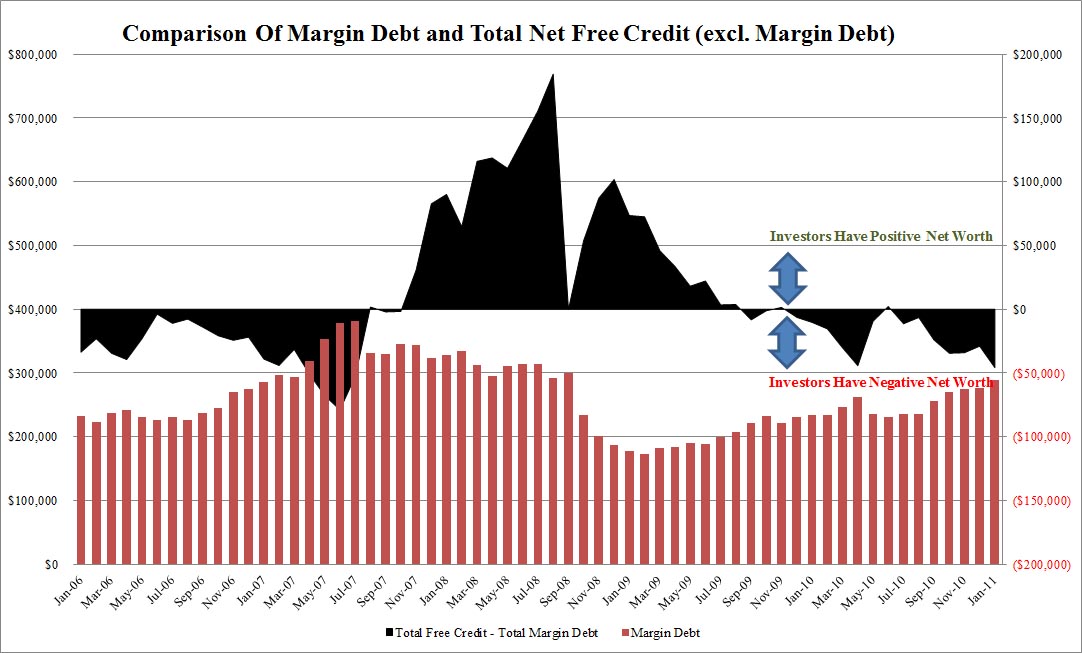