Or, the Military’s “Usable” Nukes 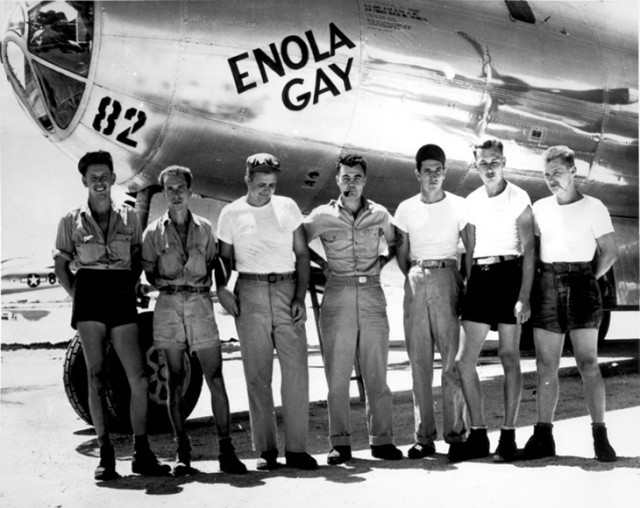 (San Francisco) – The US shocked the world in August, 1945 by detonating B-29 Superfortress bomber delivered Atomic Bombs over Hiroshima and Nagasaki, Japan, killing more than 200,000 people.

It was not the number of people killed that shocked the world; the fire bombing of Dresden, Germany killed more 600,000 civilians. Not that, it was the fact the US wiped out or vaporized much of each city with only one bomb each. Then, never looking back, the US embarked on building even bigger and more lethal nukes.

A few years later, the idea was that there were no limits to the size of a thermonuclear weapon. That is true from a certain isolated, very focused point of view. The US detonated an H-Bomb three stories tall in the nuke operation named Castle Bravo at Bikini Atoll, Marshall Islands in the South Pacific on March 4th, 1954.

Ed Teller, the Director of the Livermore Nuclear Weapons Lab, claimed the actual 15 megatons was the result of a “mistake” in a calculation. It was supposed to be 4 to 5 Megatons, so he said.  Yea, sure, just a colossal Oooops. Tell the irradiated Marshall Islanders that. A member of Bill Conant’s overseeing Radiological Warfare (RW) Committee probably let the cat out of the bag when he said of the Marshall Islanders “they’re better [subjects] than lab rats.”

It was up to one of the employees of the DOD Empire, Carl Sagan, who worked (for them) at the Jet Propulsion Laboratory to bring the Joint Chiefs of Staff back to war fighting and out of the unknowing planet destruction business. He was a star power celebrity and famously coined the memorable phrase “billions and billions of stars” to describe our Milky Way Solar System and the Universe.

Sagan was uniquely positioned to dictate operational nuclear policy. As Director of the Jet Propulsion Laboratory he set up real time experiments on another planet. He was one of the few people on Earth able to do so. Sagan discovered that sunlight was blocked and temperatures plummeted on Mars from planet wide dust storms.

Sagan made it exceedingly simple. The big nukes punch through to the Stratosphere with radioactive uranium products, radioactive dust, soot and smoke from the nuclear exchanges’ “raging” fires. Within hours, the dust is blown around the planet and stays up for years. In short, the big megaton nukes equivalent to Millions of Tons of TNT the Chiefs had lavished money on could not be used because the big bombs would create a “nuclear winter lasting years.” Sagan said it would destroy life on earth. The Chiefs agreed.

It meant ice a hundred feet thick in Kansas in the middle of the summer. Sagan pointed out that billions of people would starve to death without the North American and Ukraine wheat and corn crops. Turns out the Joint Chiefs most assuredly wanted to survive any war, including a nuclear one. Sagan was the smartest guy in the room. The big nukes were out and more “usable” little nukes were in. Pretty much just like that. 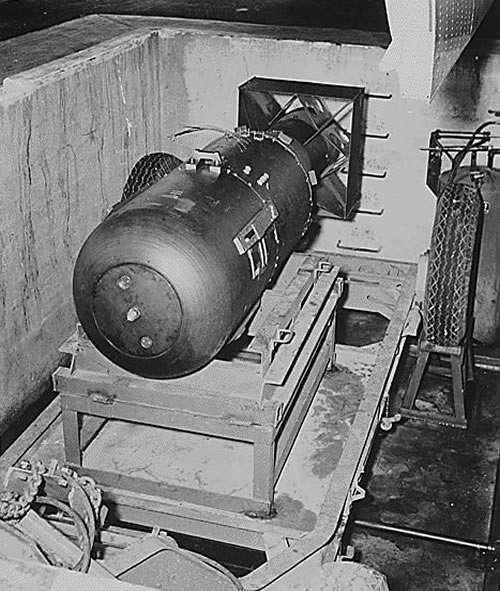 Very few events are big enough to actually “ring the bell.” They include earthquakes, big nuclear weapons and demolishing really big buildings. Such occurrences are just like ringing a bell and a record is kept around the world.

The web site of the United States Geological Survey displays Earthquakes, Nuclear Detonations and Big Building Demolitions world wide at a glance. Click here for the version provided weather forecasters and segments of TV news shows all over the world. Map Display here or http://tinyurl.com/yfpnd89 Select the Earthquake icon, second from the right.

Then Zoom out from Berkeley, California to the world view. That is all the big “ring your bell” shots the Earth has had today. The records are kept at thousands of locations world wide. Thousands of people, maybe millions through the miracle of television, see it every day. As Albert Einstein famously said “There are no secrets.”

Two or more seismographs can be used to exactly pinpoint the location and depth of an earthquake, bigger nuclear weapons or big demolitions anywhere on earth. US politicians and military leaders did not want nuclear weapons use detected by troublesome foreigners.

What about the Bombs Radiation?

The type, persistence and lethality of the radiation depends entirely on the generation of the weapon. The US is well into 4th Generation nuke weapons now. All reactors are old style nukes.

Nuke reactors are nothing more than dirty Atomic Bomb explosions slowed down from milliseconds to many years. Reactors all leak radiation; and they all leak all the time. There is no such thing as “Perfect Containment” of nuke reactors; that is a PR fantasy from Psycho Land. Anyone who tells you that is either lying to you, misled and ignorant or Brutally Stupid.

If you live within a 100 miles, or 160 km, of an atomic reactor, you owe it to yourself and your children to move “out of range” of the deadly leaking radiation. Stay put at your own risk. Many people on the US East Coast live within range of 20 or more nuclear power stations.

Atomic Bombs and nuclear power stations both produce more than 1,400 deadly radioactive isotopes that are arranged proportionally along a highly identifiable “butterfly curve.” Identify one isotope, like Strontium 90, and the amount; and, you can calculate the values for all the other poisonous radioactive isotopes. Where there is one, all 1,400 plus others are there too. It’s always the same, it always fits the curve.

Today’s very small, very powerful and efficient Fourth Generation US Nuclear Weapons are vastly different than the 10,000 lb “Gadgets” the US gambled would detonate over Japanese cities in 1945. These weapons are highly refined devices after more than 65 years of study, effort and the expenditure of trillions of dollars.

Indeed, the 104 aging nuclear power stations probably serve as cover for the enormously expensive US nuclear weapons program. Electric power “too cheap to meter” was the right propaganda prescription at the time. It was voiced by former General, then US President Dwight David Eisenhower. It sure enough worked in the 1950s.

Modern, very small, very powerful and efficient US Nuclear Weapons are meant to be used by American war fighters to kill, maim and sicken a whole lot of people efficiently and effectively; probably by an initial spray of deadly neutron and gamma radiation. These powerful and destructive weapons leave nothing behind as radiation except for a few Neutron Activation Products and dead or dying bodies behind. The dead bodies decompose or are disposed of according to local customs.

Neutron Activation Products are local “things” in the environment like plain old “dirt” that are hit by a passing high energy neutron, gamma ray or both. That and 52 radioactive, highly lethal elements that quickly fade and are hard to locate. These “things” soon lose their new found radioactivity. All that is left is the quiet and solitude of the grave. Why anyone would think the US Military does not commonly use all the war fighting tools available to them is a mystery to me. Of course they do.

As all world leaders now know if they have any sense at all, you don’t cross swords with the US and survive, unless you are “supposed to” and that is a part of your “rogue state” franchise. What has happened to Iraq, Iran and Afghanistan from a 20 year long undeclared nuclear war can just as easily happen to their country, too.

Only the currently disengaged, brain dead, beguiled, and misled Americans can take on the only remaining Super Power; and, that’s not happening anytime soon. It really is up to Americans. Period. We are far more powerful than we even realize, so we need to get this show on the road.

If you agree, as the saying goes “tell a neighbor” and send this article to someone you know with a note saying “Let’s talk about this stuff. Something’s definitely not right.”
[End]