As we pointed out yesterday, while the US navy is seriously starting to amass in the Persian Gulf region, it has left the Mediterranean and more importantly, the Libyan coastline unguarded.

With concerns that Gaddafi will follow through with what we speculated on Monday was a Saddam-like “after me the flood” act and burn his oil facilities, this may not be the most prudent thing.

Luckily, here comes Germany. According to Spiegel, Germany has sent three warships to Libya which may possibly get involved in a “military engagement.” 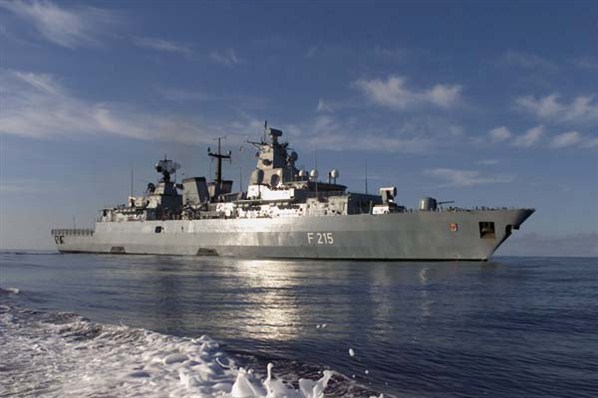 The German Navy has sent three ships of the operations and training association in 2011 in the maritime area between Malta and the Libyan coast.

This reports Spiegel Online aktuell. The three ships are the supplier “Berlin” and the frigate ‘Brandenburg and Rheinland-Pfalz. “Overall, the ships will have about 600 soldiers on board.

As Spiegel Online report on the EU takes in an emergency, a military engagement in Libya considered. The news magazine refers back to an unnamed diplomats.