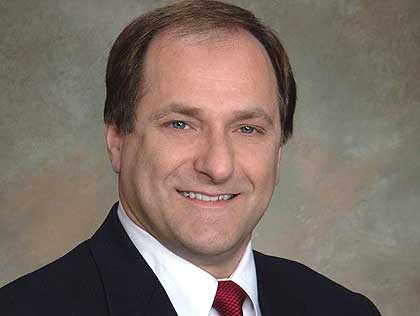 (The Hill) — Sometimes it’s necessary to get out on the streets and “get a little bloody,” a Massachusetts Democrat said Tuesday in reference to labor battles in Wisconsin.

Rep. Michael Capuano (D-Mass.) fired up a group of union members in Boston with a speech urging them to work down in the trenches to fend off limits to workers’ rights like those proposed in Wisconsin.

“I’m proud to be here with people who understand that it’s more than just sending an email to get you going,” Capuano said, according to the Statehouse News. “Every once and awhile you need to get out on the streets and get a little bloody when necessary.”

Political observers have been the lookout for potentially incendiary rhetoric in the wake of January’s shooting in Tucson, Ariz., where Rep. Gabrielle Giffords (D) survived an assassination attempt, six were killed, and 12 others were injured.

On Wednesday afternoon, Capuano issued a brief apology: “I strongly believe in standing up for worker rights and my passion for preserving those rights may have gotten the best of me yesterday in an unscripted speech. I wish I had used different language to express my passion and I regret my choice of words.”

Political rhetoric has become especially heated in Madison, Wis., where Republican Gov. Scott Walker has proposed major labor reforms that sparked more than a week’s worth of rowdy protests at the state capitol.

“We take security seriously, whether it’s for me, the lieutenant governor and all 132 members of the state legislature, Democrats or Republicans alike, because there’s a lot of passion down here,” Walker said Tuesday on MSNBC about his safety in Wisconsin. “And particularly when we see people coming in being bussed in from other states, that’s what worries us.”

Capuano made his remarks before a crowd of union members in Boston, along with other members of the state’s congressional delegation. Massachusetts has an influential union population that could loom large over the 2012 Senate race. Capuano is considering getting in that race to challenge Sen. Scott Brown (R-Mass.) next fall.