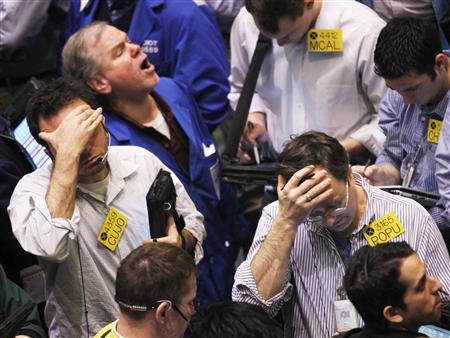 NEW YORK (Reuters) – U.S. crude jumped to a 28-month high of $100 a barrel on Wednesday, as investors weighed the risk of Middle East unrest spreading from Libya to bigger exporters including Saudi Arabia.

Brent, which has posted the biggest three-day gain since October 2009, rose 5.3 percent to settle at $111.25, its highest close since before the collapse of U.S. investment bank Lehman Brothers in 2008.

PETROL prices could soar to nearly £6.50 a gallon if the political unrest in the Middle East continues, experts warned last night.

As the violence in Libya continued, oil companies suspended operations and began pulling their staff out, prompting the danger of a shortage of supplies.

Peter Carroll, founder of the campaign group FairFuelUK, said that in 2008 oil prices hit $147 a barrel when there was no shortage.

– Markets get jitters as oil price heads for the sky (Independent):

Fears that the unrest in North Africa and the Middle East could seriously disrupt oil supplies and throttle the world economy turned to reality yesterday and propelled the price of oil to more than $108 a barrel during trading, the highest since September 2008. It was $85 at the start of the year. The region supplies a third of the world’s oil needs.

Analysts said that if the unrest in Libya, a major oil exporter, spread to more important powers such as Iran and Saudi Arabia then “the sky’s the limit” for oil prices and $150 a barrel could be reached “without breaking a sweat”, with grim implications for economic recovery, inflation and living standards worldwide.