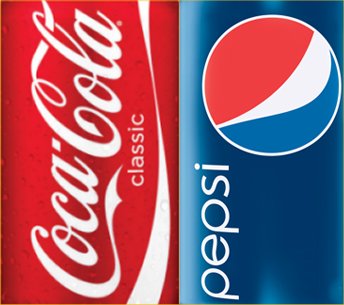 (NaturalNews) The “caramel coloring” used to color all the top cola brands isn’t natural caramel coloring at all. Instead, it’s made by reacting sugars with ammonia and sulfites at high temperatures. This reaction results in the formation of 2-methylimidazole and 4-methylimidazole, both of which are chemicals documented by the U.S. government to cause cancer in mammals.

This is all coming to light thanks to an effort by the CSPI, which has now filed a regulatory petition to ban these chemicals from colas (http://www.cspinet.org/new/20110216…).

The National Toxicology Program has conducted animal studies on these toxic chemicals found in colas, concluding there is “clear evidence” that 2-MI and 4-MI are animal carcinogens.

The call to ban these chemicals from use in foods was joined by five carcinogenesis experts who said, “The American public should not be exposed to whatsoever as a result of consuming such chemicals, especially when they serve a non-essential, cosmetic purpose.” (http://cspinet.org/new/pdf/experts-…)

Even the term “caramel coloring” is extremely misleading to consumers, because most people think it’s related to caramel candy, which is made by browning sugar under heat. But the “caramel coloring” used in colas is made by exposing sugars to industrial chemicals (ammonia and sulfites), resulting in a cocktail of cancer-causing chemicals.

California’s Proposition 65 law limits the consumption of 4-MI to no more than 16 micrograms per day from a single product. Yet colas contain roughly 200 micrograms of 4-MI in a 20-ounce bottle.

That’s over 12 times the allowable limit under Proposition 65, and that’s in every bottle! Many people drink several bottles a day, further multiplying their exposure to this potential carcinogen.

If cola companies are going to continue to sell their products in California, then, they must now carry cancer warning labels in order to be in compliance with Prop 65. You can bet that a desperate effort is now under way by the cola industry to lobby California regulators and make sure 4-MI gets removed from any enforcement of Prop 65.

The cola industry wants everybody to think its products are wholesome and natural while forgetting about the health effects of phosphoric acid, aspartame and high-fructose corn syrup. Now, with 2-methylimidazole and 4-methylimidazole in the picture, there’s yet another potentially cancer-causing chemical to worry about in colas.

Obviously, 2-MI and 4-MI can be avoided by drinking non-colored soft drinks, but those still contain phosphoric acid, high-fructose corn syrup, caffeine and even aspartame in diet sodas.

It turns out, there’s no such thing as a perfectly safe soda. All sodas and soft drinks carry health risks related to their ingredients. I have no doubt that this era of diabetes, obesity and cancer we’re living through right now is due in large part to the widespread consumption of sodas and soft drinks.