After Egypt’s revolution, the people have lost their fear 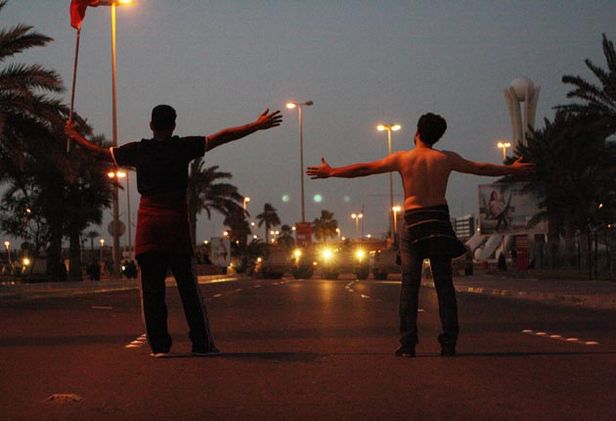 ‘They didn’t run away. They faced the bullets head-on.’

“Massacre – it’s a massacre,” the doctors were shouting. Three dead. Four dead. One man was carried past me on a stretcher in the emergency room, blood spurting on to the floor from a massive bullet wound in his thigh.

A few feet away, six nurses were fighting for the life of a pale-faced, bearded man with blood oozing out of his chest. “I have to take him to theatre now,” a doctor screamed. “There is no time – he’s dying!”

Others were closer to death. One poor youth – 18, 19 years old, perhaps – had a terrible head wound, a bullet hole in the leg and a bloody mess on his chest. The doctor beside him turned to me weeping, tears splashing on to his blood-stained gown. “He has a fragmented bullet in his brain and I can’t get the bits out, and the bones on the left side of his head are completely smashed. His arteries are all broken. I just can’t help him.” Blood was cascading on to the floor. It was pitiful, outrageous, shameful. These were not armed men but mourners returning from a funeral, Shia Muslims of course, shot down by their own Bahraini army yesterday afternoon.

A medical orderly was returning with thousands of other men and women from the funeral at Daih of one of the demonstrators killed at Pearl Square in the early hours of Thursday.

“We decided to walk to the hospital because we knew there was a demonstration. Some of us were carrying tree branches as a token of peace which we wanted to give to the soldiers near the square, and we were shouting ‘peace, peace. There was no provocation – nothing against the government. Then suddenly the soldiers started shooting. One was firing a machine gun from the top of a personnel carrier. There were police but they just left as the soldiers shot at us. But you know, the people in Bahrain have changed. They didn’t want to run away. They faced the bullets with their bodies.”

The demonstration at the hospital had already drawn thousands of Shia protesters – including hundreds of doctors and nurses from all over Manama, still in their white gowns – to demand the resignation of the Bahraini Minister of Health, Faisal Mohamed al-Homor, for refusing to allow ambulances to fetch the dead and injured from Thursday morning’s police attack on the Pearl Square demonstrators.

But their fury turned to near-hysteria when the first wounded were brought in yesterday. Up to 100 doctors crowded into the emergency rooms, shouting and cursing their King and their government as paramedics fought to push trolleys loaded with the latest victims through screaming crowds. One man had a thick wad of bandages stuffed into his chest but blood was already staining his torso, dripping off the trolley. “He has a live round in his chest – and now there is air and blood in his lungs,” the nurse beside him told me. “I think he is going.” Thus did the anger of Bahrain’s army – and, I suppose, the anger of the al-Khalifa family, the King included – reach the Sulmaniya medical centre.

The staff felt that they too were victims. And they were right. Five ambulances sent to the street – yesterday’s victims were shot down opposite a fire station close to Pearl Square – were stopped by the army. Moments later, the hospital discovered that all their mobile phones had been switched off. Inside the hospital was a doctor, Sadeq al-Aberi, who was himself badly hurt by the police when he went to help the wounded on Thursday morning.

Rumours burned like petrol in Bahrain yesterday and many medical staff were insisting that up to 60 corpses had been taken from Pearl Square on Thursday morning and that police were seen by crowds loading bodies into three refrigerated trucks. One man showed me a mobile phone snapshot in which the three trucks could be seen clearly, parked behind several army armoured personnel carriers. According to other demonstrators, the vehicles, which bore Saudi registration plates, were later seen on the highway to Saudi Arabia. It is easy to dismiss such ghoulish stories, but I found one man – another male nurse at the hospital who works under the umbrella of the United Nations – who told me that an American colleague, he gave his name as “Jarrod”, had videotaped the bodies being put into the trucks but was then arrested by the police and had not been seen since.

Why has the royal family of Bahrain allowed its soldiers to open fire at peaceful demonstrators? To turn on Bahraini civilians with live fire within 24 hours of the earlier killings seems like an act of lunacy.

But the heavy hand of Saudi Arabia may not be far away. The Saudis are fearful that the demonstrations in Manama and the towns of Bahrain will light equally provocative fires in the east of their kingdom, where a substantial Shia minority lives around Dhahran and other towns close to the Kuwaiti border. Their desire to see the Shia of Bahrain crushed as quickly as possible was made very clear at Thursday’s Gulf summit here, with all the sheikhs and princes agreeing that there would be no Egyptian-style revolution in a kingdom which has a Shia majority of perhaps 70 per cent and a small Sunni minority which includes the royal family.

And many in the crowd said – as the Egyptians said – that they had lost their fear of the authorities, of the police and army.

The policemen and soldiers for whom they now express such disgust were all too evident on the streets of Manama yesterday, watching sullenly from midnight-blue armoured vehicles or perched on American-made tanks. There appeared to be no British weaponry in evidence – although these are early days and there was Russian-made armour alongside the M-60 tanks. In the past, small Shia uprisings were ruthlessly crushed in Bahrain with the help of a Jordanian torturer and a senior intelligence factotum who just happened to be a former British Special Branch officer.

And the stakes here are high. This is the first serious insurrection in the wealthy Gulf states – more dangerous to the Saudis than the Islamists who took over the centre of Mecca more than 30 years ago – and Bahrain’s al-Khalifa family realise just how fraught the coming days will be for them. A source which has always proved reliable over many years told me that late on Wednesday night, a member of the al-Khalifa family – said to be the Crown Prince – held a series of telephone conversations with a prominent Shia cleric, the Wifaq Shia party leader, Ali Salman, who was camping in Pearl Square. The Prince apparently offered a series of reforms and government changes which he thought the cleric had approved. But the demonstrators stayed in the square. They demanded the dissolution of parliament. Then came the police.

In the early afternoon yesterday, around 3,000 people held a rally in support of the al-Khalifas and there was much waving of the national flag from the windows of cars. This may make the front pages of the Bahraini press today – but it won’t end the Shia uprising. And last night’s chaos at Manama’s greatest hospital – the blood slopping off the wounded, the shouts for help from those on the stretchers, the doctors who had never before seen such gunshot wounds; one of them simply shook his head in disbelief when a woman went into a fit next to a man who was sheathed in blood – has only further embittered the Shia of this nation.

A doctor who gave his name as Hussein stopped me leaving the emergency room because he wanted to explain his anger. “The Israelis do this sort of thing to the Palestinians – but these are Arabs shooting at Arabs,” he bellowed above the din of screams and shouts of fury. “This is the Bahraini government doing this to their own people. I was in Egypt two weeks ago, working at the Qasr el-Aini hospital – but things are much more fucked up here.”

1 thought on “Robert Fisk in Bahrain: ‘They didn’t run away. They faced the bullets head-on’”