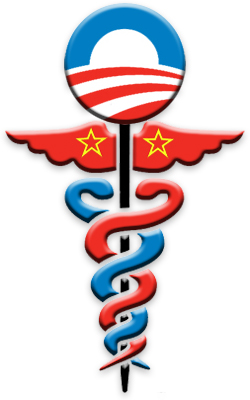 In an historic vote in the Idaho House of Representatives, the Federal Health Care Nullification Act (originally authored by the Tenth Amendment Center) passed by a vote of 49-20.

The state of Idaho hereby exercises its sovereign power to declare the public policy of the state of Idaho regarding the right of all persons residing in the state of Idaho in choosing the mode of securing health care services free from the imposition of penalties, or the threat thereof, by the federal government of the United States of America relating thereto

The principle behind such legislation is nullification, which has a long history in the American tradition. When a state ‘nullifies’ a federal law, it is proclaiming that the law in question is void and inoperative, or ‘non-effective,’ within the boundaries of that state; or, in other words, not a law as far as the state is concerned.

Implied in any nullification legislation is enforcement of the state law. In the Virginia Resolution of 1798, James Madison wrote of the principle of interposition:

That this Assembly doth explicitly and peremptorily declare, that it views the powers of the federal government, as resulting from the compact, to which the states are parties; as limited by the plain sense and intention of the instrument constituting the compact; as no further valid that they are authorized by the grants enumerated in that compact; and that in case of a deliberate, palpable, and dangerous exercise of other powers, not granted by the said compact, the states who are parties thereto, have the right, and are in duty bound, to interpose for arresting the progress of the evil, and for maintaining within their respective limits, the authorities, rights and liberties appertaining to them.

The Legislature of the state of Idaho, therefore, on behalf of the citizens of this state and to secure the blessings of liberty, hereby asserts its legitimate authority to interpose between said citizens and the federal government, when it has exceeded its constitutional authority and declares that the state shall not participate in and considers void and of no effect the PPACA. [emphasis added]

All across the country, activists and state-legislators are pressing for similar legislation, to nullify specific federal laws within their states.

Seven states have passed Health Care Freedom Acts to block health care mandates from being enforced. Eight states have passed Firearms Freedom Acts. Fifteen states – most recently Arizona – are using the principles of the 10th Amendment to actively defy federal laws (and a supreme court ruling, too!) on marijuana. And, massive state resistance to the 2005 Real ID Act has rendered the law virtually null and void.

While some advocates concede that a federal court battle has a slim chance of success, they point to the successful nullification of the Real ID Act as a blueprint to resist various federal laws that they see as outside the scope of the Constitution. No court battle has been waged, no federal law has been repealed. Yet, the 2005 Act sits virtually null and void due to state-level resistance.

Some say that each successful rejection of federal acts will only embolden others to try the same – resulting in an eventual shift of power from the federal government to the States and the People themselves.