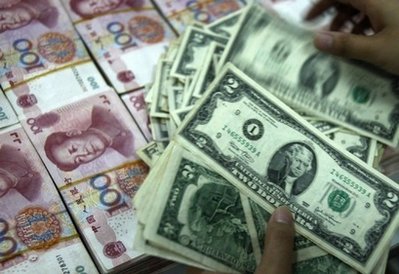 China has sought to limit flows of volatile “hot money”, which enter and exit nations in search of swift profits and are often blamed for destabilising markets as they tend to depart at the first sign of trouble.

The State Administration of Foreign Exchange (SAFE), in announcing the figure, said speculative cash made up “a relatively small portion” of the foreign exchange reserves China attracted in 2010.

It said that was due in part to the country’s controls against such flows.

The report is believed to be the first comprehensive analysis published by the Chinese government of “hot money” inflows, which are suspected of helping fuel inflation in prices of housing and other items in recent years.

China is struggling to contain inflation, which has remained stubbornly high despite a series of cooling measures including the third interest rate hike in four months, last week.

But SAFE warned that it would become increasingly difficult to curb speculative cash inflows as China continues to integrate into the world’s economy.

“Many cross-border arbitrage activities, betting on China’s economic growth and the appreciation of yuan-denominated assets, stay in the country under the cover of long-term investment and are hard to distinguish using conventional measures,” it said.

Since 2001, an average of nearly $25 billion has streamed into China each year in net “hot money” inflows, accounting for nine percent of the $2.78 billion in growth of foreign exchange reserves over the period, the report said.