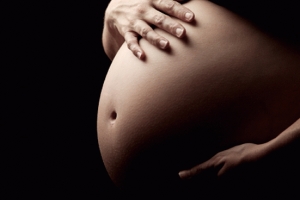 – Is forced sterilization ever OK? (Salon):

Is it appropriate to involuntarily sterilize a mentally disabled person? That’s the question a British judge is mulling in the case of a 21-year-old, referred to as “P” in court documents, who is legally considered incapable of consenting to the procedure. She already has one child and another one is on the way. The woman’s mother has asked the court for permission to have “P” sterilized to prevent future pregnancies — she’s the one who has to take care of these children, after all, and she can’t afford to take on a third.

This follows on the heels of a UK judge bizarrely banning a 41-year-old man with a low IQ from having sex, and both cases have disability activists up in arms and tap into the long history of involuntary sterilization. Salon spoke with Doug Pet, senior program associate at the Center for Genetics and Society, a non-profit devoted to encouraging responsible use of reproductive technologies, in an attempt to untangle the complicated ethical issues raised by such rulings.

What do you make of this latest case in the U.K.?

It sends up a lot of red flags, and it’s very drastic. There have been reports saying that she’s healthy and sexually active, which raises the question of whether there are less invasive measures that could be taken. The idea of coerced sterilization puts it in this very problematic context of eugenic history in which things are framed as being in the best interest of marginal or vulnerable populations, when in reality they’re really being used to further some larger social goal. It really raises the question of whether this is really in the best interest of the woman.

The mother of a young woman with learning difficulties who is pregnant with her second child broke down in tears as she pleaded with a high court judge to allow her daughter to be forcibly sterilised for her own protection.

The mother, known as Mrs P, told the judge that while she and her family supported her daughter, 21, and helped bring up her children, they could not make a commitment to any future babies.

–  Woman With Learning Difficulties Could Be Forcibly Sterilised (The Telegraph):

A woman with learning difficulties could be forcibly sterilised after she gives birth this week to stop her becoming pregnant again.

The secretive Court of Protection will rule on the woman’s case on Tuesday, in a rare open hearing scheduled because of the overwhelming “public interest” in understanding the case.

She is due to give birth by caesarean section on Wednesday and could undergo an operation to sterilise her at the same time, if the court agrees.

Disability campaigners described the prospect of such a “drastic” step as “quite wrong”.

The woman will be represented by the official solicitor, a government lawyer who represents those who cannot instruct their own legal team because they lack capacity.

The patient’s local NHS trust and council have made an application to the Court of Protection to decide whether she lacks the capacity to make decisions about contraception for herself – and if so, whether she should be sterilised by means of “tubal ligation”.

The “non therapeutic sterilisation” operation would involve severing and sealing her fallopian tubes and would take place at the same time as the caesarean.

Critics argue that forcible sterilisation is too radical a procedure to be conducted without consent while other options such as a long-term contraceptive solution should be considered.

David Congdon, head of policy at the disability charity Mencap, said sterilisation without consent was “awful and unacceptable” but rare in modern times.

“It is a pretty drastic step to sterilise someone against their will simply because they lack the mental capacity themselves,” he said.

“It is a gross invasion of someone’s basic rights unless there are clear medical grounds and there do not appear to be in this case.

“Using sterilisation as a form of contraception is totally unacceptable. There are other methods of contraception,” he said. “Years ago there were lots of cases like this but we hear of very few these days.”

He urged the court to “tread very carefully” before coming to a decision.

Due to legal restrictions, no details about the woman’s identity, family or location can be published.

But court documents stress “the legitimate public interest” in understanding the case and the issues that it raises about the power of the state to order “serious medical treatment” for a patient who is unable to give their own consent.

Most Court of Protection cases are heard behind closed doors at its north London offices.

The court has the power to make life or death decisions on behalf of some of the most vulnerable people in society.

Under the Mental Capacity Act 2005, the Court can decide on medical treatments for individuals judged by psychiatrists to lack mental capacity.

Cases that come before the court include proposals to withhold or withdraw artificial nutrition and hydration from a person in a permanent vegetative state.

The court can also order “terminations of pregnancy” for women who lack capacity to consent, as well as “experimental or innovative treatment” and medical procedures that require the use of force to restrain the patient.