When we pointed out our volume chart earlier, which indicated that volume is now a laughable joke, we received one of the traditionally amusing responses, “ZH misses the point on volume because they data mine and only compare it to the volume during the crisis. SPY volume is STILL higher today than it was pre-2007. So are we to believe that the crisis volume levels are the “real” levels for volume? If you compare back to pre-crisis, volume is actually still pretty high.” Here is our response. 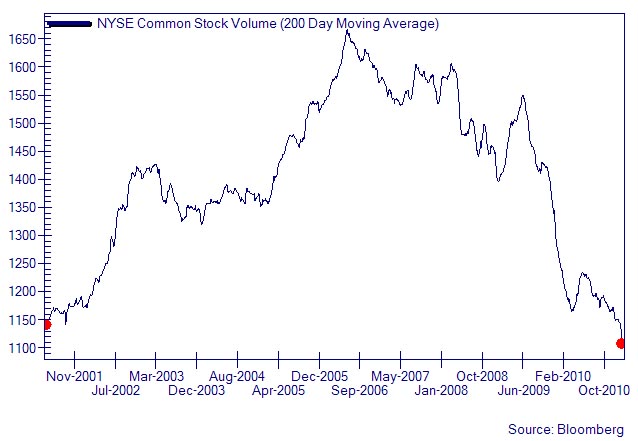 And incidentally, here is why the Deutsche Borse better be able to sell the NYSE for scrap value. 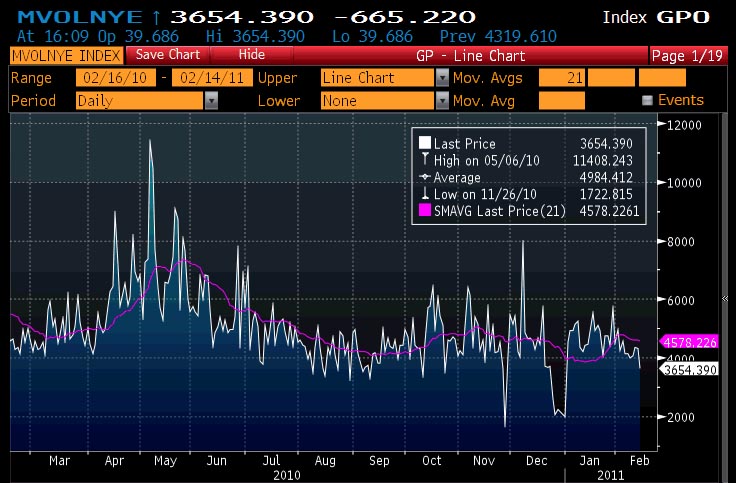 No worries though – the NYSE liquidation value should be surging quite soon. We hear all those collocation boxes can fetch a pretty penny when the price of stainless steel hits infinity.