Analyzing last week’s CFTC Commitment of Trader data continues to confirm our assumption that ever more speculators are honing in on rice as the fulcrum commodity. Jumping to a fresh year high of 6,652, non-commercial net spec contracts are the highest they have been since December 2009, when they hit 6,773, and approaching the record from early 2008.

Yet while the price of rough rice in late 2009 was comparable to recent price levels in the $16 region, the peak from early 2008 was 50% higher, approaching $25. Therefore it is safe to assume that should speculative interest continue surging at the current rate, and if it were to approach the spec exposure of ~8,000 last seen in early 2008, then the price of rice has a long way to go… 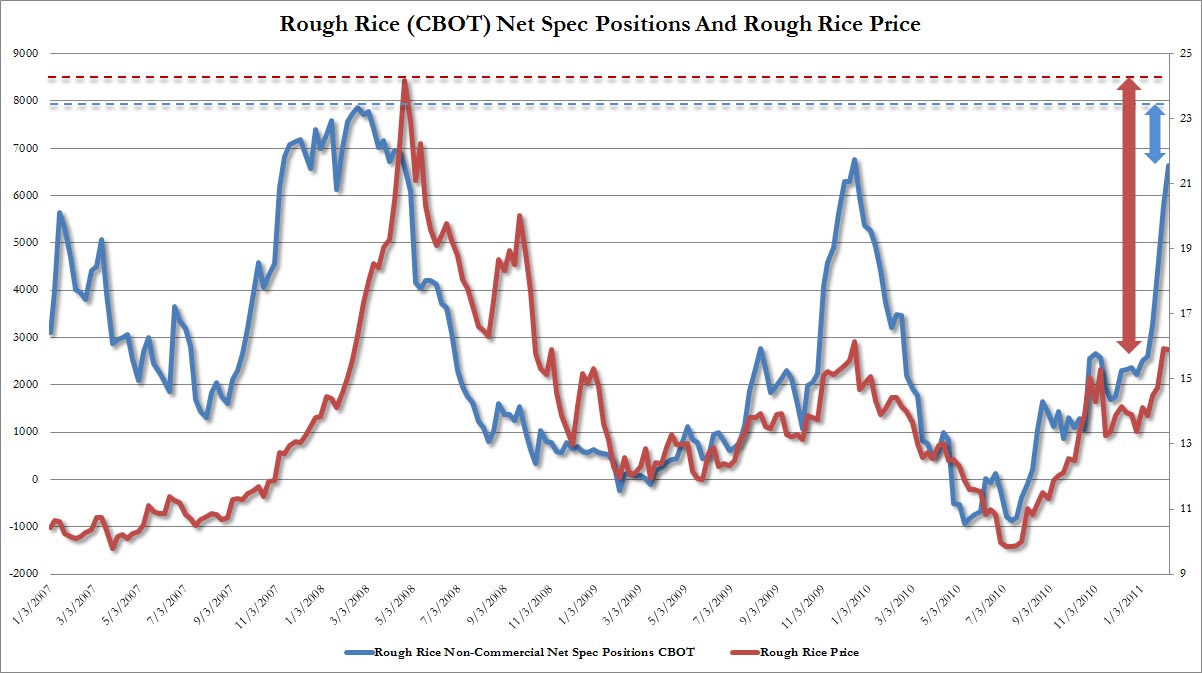 And some other CFTC charts, confirming that spec exposure in grains and softs continues to be near recent all time highs: 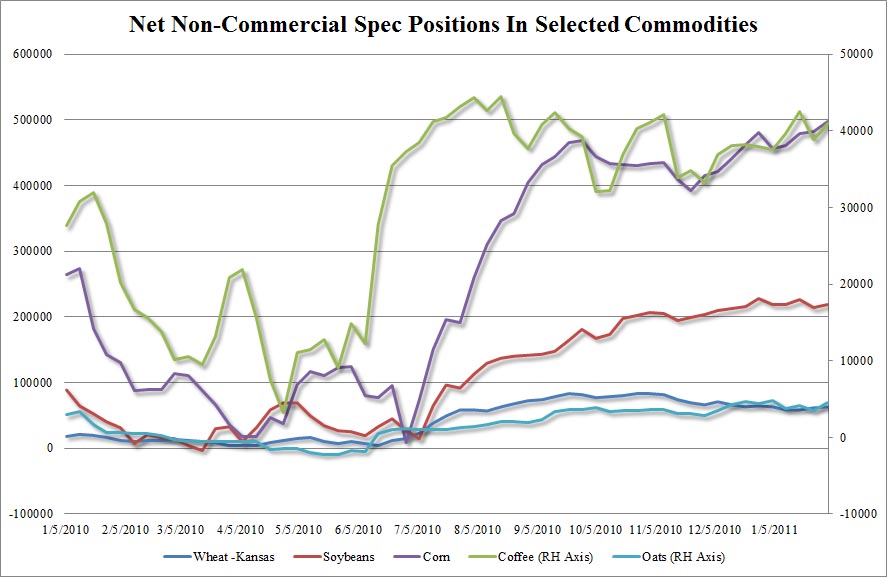 Looking at the 2, 5 and 10 Year Treasury spec exposure, we see a huge plunge in 2 Year spec positions, which dropped by 100k in the past week, the biggest drop in over a year, as increasing more spec are worried that the short end is about to surge. There was also a pick up in 10 year spec contracts, confirming that specs are expecting a flattening of the curve. 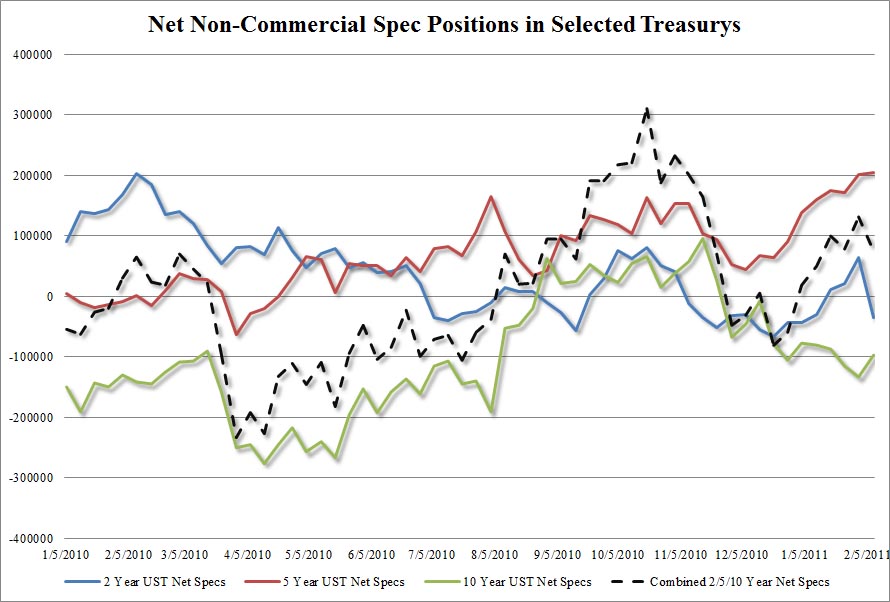 Lastly, and no surprise here, dollar non-commercial net specs have dropped to a fresh multi year low, declining by 3.8K contracts W/W to -7.4K. There was a modest increase in Yen and GBP specs, and a modest decline in CHF and EUR positions. 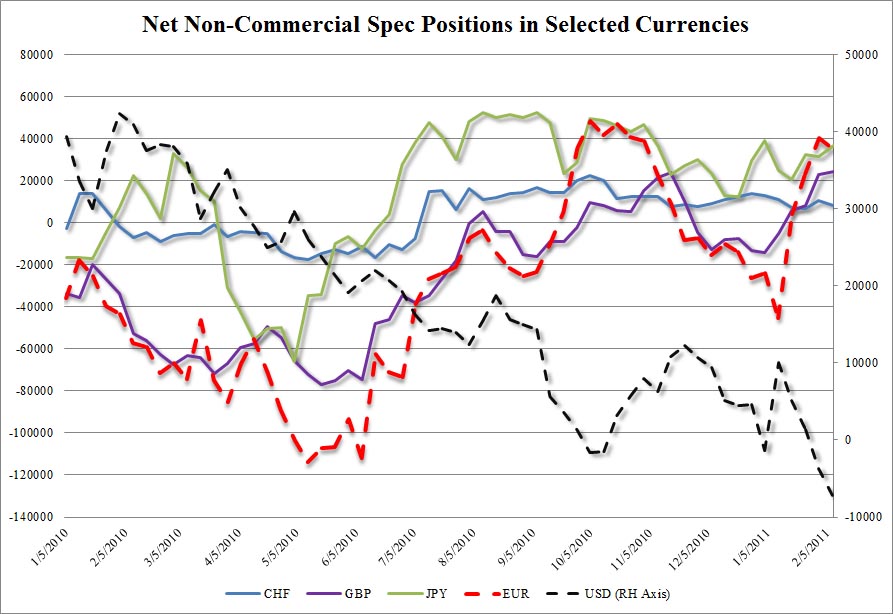