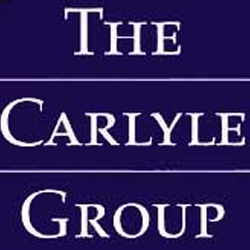 I have a friend with a fair career as an analyst in Asian private equity funds.  He describes the central debate as being between the “Guanxi guy” and the “Analyst guy” (in his world they are mostly guys) and he says the “Guanxi guy” has won almost all of the battles.

“Guanxi” is one of those words proponents claim defies easy translation: something between connections and relationship.  Wikipedia defines it as a personal relationship between people in which one is able to prevail on another to get things done.  Whatever: Guanxi is often sold as the key to doing business in China.

At Private Equity (PE) firms the debate as to which deals to do and what price to pay has been between the Analyst guys and the Guanxi guys – and with the Guanxi guys winning almost every time.  Analysts – when they have reservations about deals – are seldom heeded.

Some analysts – not wishing to besmirch their reputation with bad deals done for the wrong reasons struck out and started their own small private equity funds.  When they find the deals they try to fund them and discover that the banks (or their Guanxi connections) want to take a piece of the equity.  I guess that is the price of doing business.  But even after paying up they find the banks want to charge them over-the-odds for funding.

So the deal goes to some Guanxi guy – and the banks queue up to do the funding at low spreads.  (Whatever you say Sir says the banker…)

And so – in the great Guanxi vs Analyst debate Guanxi repeatedly wins.

Guanxi is less important in the West – but connections remain important.  The definitive Western Guanxi firm is Carlyle.  Carlyle is a private equity firm known for employing senior political figures and using those connections to win deals – but also for their knowledge of how government functions.  The list of famous employees is large and include:

Slideshow: Carlyle Then And Now (Businessweek)

Carlyle is conspiracy theorist’s dream because with all of those famous and well connected people the company understandably has important and profitable investments in the defence establishment.

But in Carlyle’s defence – many of these people not only bring connections but they bring knowledge and understanding of what is important to government and the defence establishment.  The first President Bush for instance was also the CIA director – he almost certainly knows what is important to the CIA and how to sell stuff to them – and he would know that without exploiting any connections.  These people are hired for the connections and for their knowledge.

Carlyle has taken this way of doing business to Asia and has hired many important and well connected people in Asia.  I listed a former Phillipine President and a former Thai Prime Minister.  There are many more of these people in China – notably the children of party officials.

Alas I think Carlyle’s business model in Asia is fundamentally flawed: we can see this through a purely hypothetical example.

Imagine if Chelsea Clinton went to work in business and to sell her connections.  (I know nothing about Chelsea Clinton other than she got married recently – so this example is purely hypothetical.)  And suppose that with considerable hard work at some Wall Street or Private Equity shop she wound up with $5 million.  (As I said I know nothing much about Chelsea.)  We would not be terribly surprised if Chelsea wound up with $5 million – we might think it unseemly – but it would also by Western standards not be terribly surprising.

However if Chelsea – through nothing other than her connections – were to wind up with (say) $500 million then that would be unseemly.  Journalists would be all over the story and the integrity and morality of the people involved would be questioned.  Indeed it would be so unseemly it would not happen.

There is a line here – $5 million is sort-of-OK.  $500 million is clearly not.  I suspect the line is at high single-digit or low double digit millions.  Obviously the line is higher for a President than it is for a President’s daughter.  Whatever: the social sanction matters.*  The cynics would argue that there is a socially acceptable amount of looting.  I prefer to think that wages – particularly of people who sell their “Guanxi” are socially conditioned.

That social sanction is considerably different in Asia.  There are several “Princelings” in China (children of party officials) who have made hundreds of millions of dollars (or more).  Suharto in Indonesia complained that that which the high-and-mighty in Washington thought of as “corruption” he saw as “family values”.

And thus we see Carlyle’s problem in Asia.  In the United States the Guanxi guys will work for single-digit millions annually and think they are well paid.  That is all they are entitled to.  Such limitations on entitlement do not exist in Asia – and the Guanxi guys are likely to see Western funded private equity shops like Carlyle as piggy banks to loot.  Sometimes they will be looted by the Guanxi staff but more likely they will be looted by Guanxi connections of of the Private Equity shop’s Guanxi staff.  And the looting will not be a million or two dollars here and there – it will be for every penny they can extract.  The losses could be enormous.

To this end I present to you China Forestry.  China Forestry was a billion USD Hong Kong listed Chinese company with many Private Equity funds having stakes.  The leading stakeholder is Carlyle (or more precisely funds belonging to Carlyle’s clients).  The stock has been suspended after admitting “accounting irregularities”.  But it is worse than that.

China Forestry had a business model which consisted of fast-growth forestry to extract greenhouse gas credits – a business model that barely made sense to some analyst guys that looked at it.  However it was a business model that made sense if the company had enough Guanxi – enough connections to extract a really bad (ie nonsensical) deal from the Chinese government.  And the holders of China Forestry to some degree believed just that.  They believed in the Chinese Guanxi.  And implicitly they believed the deals were being bought to them by the Guanxi of their staff.

Now China Forestry remains suspended.  No reasonable questions are being answered – so I am going to reveal to you the Analyst gossip: the bulk of the forests do not exist.  Sure they had some “front” – plantations they would take potential investors to.  But the vast bulk of the business was a fiction and “accounting irregularities” is code for “fiction”.

If this is fraud then Carlyle has a little egg on their face.  After all – what is the point of having all those investment professionals if they get dusted by the simplest of frauds.  The whole point of private equity is that by pooling capital you can get insider positions and you can run the company for cash – for the benefit of your investors.  But if your “insider position” doesn’t even allow you to spot the business does not exist then your insider status is worthless.  You might as well close up and go home.  You have no right to be in business.

This blog has been detailing another stuff-up of Carlyle.  I am short China Agritech – a company listed on the NASDAQ with operations in China.  At least the operations are meant to be in China but after considerable looking (only part of which has been detailed on this blog) we cannot find any convincing evidence that the bulk of the operations exist.  In this case Carlyle is the biggest investor and has exercised its right to appoint a board member.  Again it looks like they have been dusted.

The analyst guys are cock-a-hoop.  They think that now the great Analyst-Guanxi debate will now – at least sometimes – be resolved in their favour.  I think that is optimistic – this sort of “network capitalism” is too entrenched for a few stuff ups to upset.  What is required to blow this apart is a collapse of the entire network.

Only after the collapse of  network capitalism will the system be cleaned up and capital be allocated on the basis of analysis rather than connections.  Whilst I am only nominally an Austrian economist – there is a long empirical history that this sort of stuff lasts until it doesn’t – until it has its “Minsky Moment” and only then is it replaced by something more sensible.**

So – on the basis that the system really is entirely stuffed up – and a blogger in Australia can find the empirical evidence for that stuff up I am predicting the collapse of the Asian Private Equity business.  And Carlyle – the most Guanxi of all firms – will be the centre of that collapse.

Note 1:  The other investment in Asia I am following which – at least on my analysis – barely exists – is China Media Express.  CCME has been the subject of a few blog posts – but the main argument for the veracity of the company is the investment by Starr Asia.  Starr is Hank Greenberg (ex AIG).  Hank has more Guanxi than any other Westerner in China.  He is an impressive man.  However I suspect he has been done by his Guanxi here too.

*Note 2:  Chelsea Clinton did work for Avenue Capital Group (a hedge fund and private equity group).  However this has been entirely without scandal.  In the West it usually is without scandal.

**Note 3: It is entirely possible that post-scandal the capital will be allocated according to the time-honored Asian tradition – stick the losses to the foreigners and the profits to the guys with Guanxi.  (See Asia Pulp and Paper or GITIC for examples.)