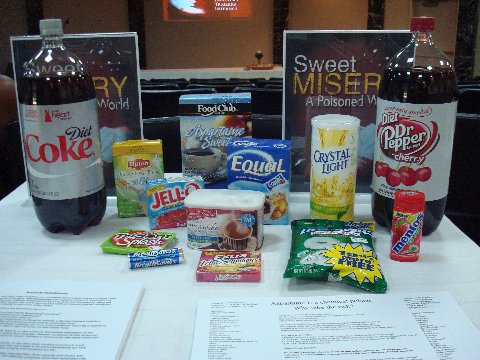 DIET soda drinkers are probably doing their waistlines a favor, but may also be boosting their risk of having a stroke, according to research released by researchers from the University of Miami Miller School of Medicine.

The study monitored the health of more than 2500 patients over nearly a decade.

They answered lengthy questionnaires about nutrition along the way and were monitored for several conditions.

In the time they were under evaluation, 559 of the test subjects experienced vascular events, including strokes caused by hemorrhage and those caused by clots.

Controlling for several factors, including age, smoking and alcohol intake, those who drank diet soda daily were 61 percent more likely than the rest to experience a stroke.

Even when taking into account people with existing vascular disease, the link still held. Study authors did not find any connection between regular soda and strokes.

Soft drinks of any kind, diet or sugary, are linked to several health problems.

People who drink one can of soda a day are more likely to have several risk factors for diabetes and cardiovascular disease including high blood pressure, elevated triglycerides, and high fasting blood sugar levels.

While the link is strong between diet soda and stroke risk, it does not prove cause and effect.

Study authors said further research should be done on the subject.

Stroke is the third leading cause of death in the US behind heart disease and cancer.

1 thought on “Study: Diet Soda May Be Tied to Heightened Risk of Stroke”