Beyond Ft Knox Level? So China will increase its gold holdings beyond ZERO?

Hopefully I was just kidding, but as Ron Paul said: “We don’t even know if the gold is still there.” 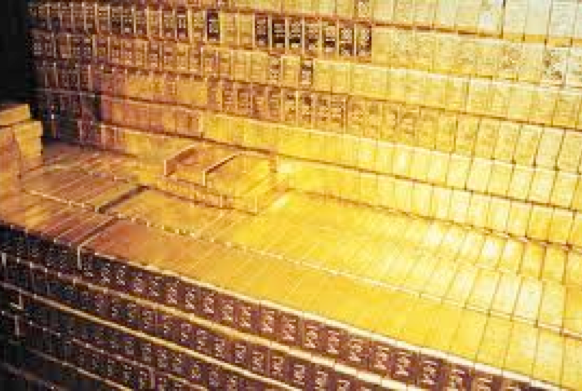 Global Economist David Hale made remarks at a conference in Cape Town South Africa that various Chinese officials have proposed making China’s gold holdings 10,000 tons, larger than that of Fort Knox. Hale also stated, “The odds very much favor China making, over five years, very large gold purchases, and this in turn makes me bullish on the gold price.”

Hale went on to mention, “China will probably start to buy gold in the near future, but they won’t report it for two or three years.” Hale noted, “This would be a huge development for the gold market.”

King World News interviewed John Embry, Chief Investment Strategist at Sprott Asset Management to get his thoughts on David Hale’s comments. Embry had this to say, “I honestly think if I were China I would do the same thing quite frankly. It would have an enormous impact on the gold market in the sense that the amount of gold coming out of the ground every year is in the neighborhood of 2,500 tons, and it’s all spoken for. So the idea that the Chinese central bank could add the 10,000 tons to their reserves, it would take quite a long time or incredibly higher prices.”

One way or another the Chinese will continue a massive accumulation of gold for many years to come. The Chinese are clearly beginning to question previous assessments that 4,000 tons of gold will be adequate for their reserves.