– Law Professor: Counter Terrorism Czar Told Me There Is Going To Be An i-9/11 And An i-Patriot Act 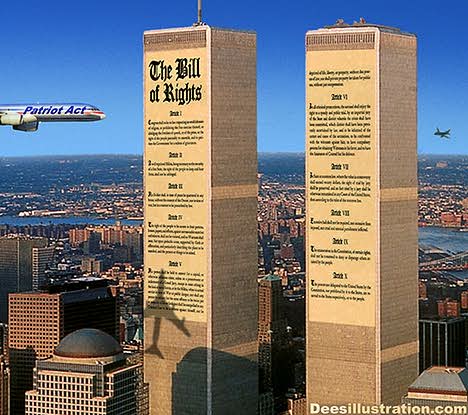 If there’s still anyone out there that needs more proof that “Teabagger” is just another name for “Bush/Cheney Republican” — here you go.

Only 26 Republicans voted against the bill, and there are 52 members of the Republican Tea Party Caucus, whose chairperson, Rep. Michele Bachmann (R-Minn)  voted for reauthorization along with most of the rest of her caucus. As Slate‘s Dave Weigel  points out, only eight of the 26 were Republican freshmen elected last November.

So by my count, 44 out of 52 Teabaggers (84%) in the House — including caucus founder Michele Bachmann — voted for big intrusive gubmint and against individual liberty.

Where can I get the flag that says, “Please Tread On Me”?