– China To Cut Rare Earth Exports By More Than 11 Percent

China controls about 95 percent of the global trade for the 17 minerals that collectively make up the rare earth metals market. 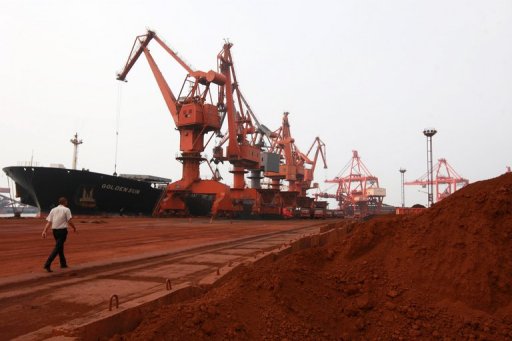 BEIJING (AFP) — China is building up strategic reserves of rare earth metals in a move that could give it better control over the resource so indispensable to high tech products, the Wall Street Journal reported.

Storage facilities have been built in recent months in the northern region of Inner Mongolia with the capacity to hold more than the 39,813 tonnes of the metals China exported last year, the paper said.

But details of the strategic reserves have not been made public, it added on Monday.

China controls about 95 percent of the global trade for the 17 minerals that collectively make up the rare earth metals market.

The metals, prized for their special chemical or electromagnetic properties, are used in making mobile phones, batteries for hybrid cars, wind turbines, flat-screen televisions and other high tech products.

According to a report issued by the US Geological Survey in November, about 36 percent of the world’s reserves of the metals are in China.

With the prices of rare earth metals rising on average by about 130 percent last year, mining companies in countries such as Australia have stepped up efforts to extract the minerals.

But according to the Wall Street Journal, a new mine could take a decade to develop, so the processing of rare earth elements will remain concentrated in China for years.

Last month, China brought 11 rare earth mines under state control as Beijing consolidated the industry — a move analysts said could drive up prices of the elements.

In December, China also tightened control over the metals by slashing quotas for overseas shipments by some 35 percent for the first half of 2011, as well as hiking export taxes.

An association regrouping China’s top 90 companies dealing in the extraction and processing of rare earth will also be formed and begin operating by May, a report in the Huaxia Times said late last month.