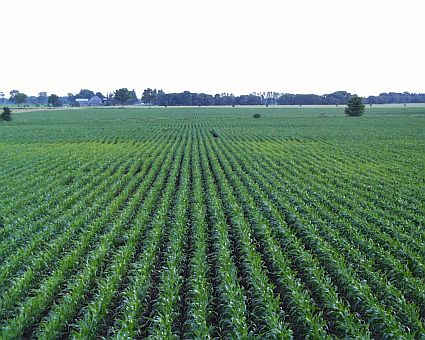 Cotton, wheat, rice, and now corn. If revised Chinese import estimates by the US Grain Council are even remotely correct, look for corn prices of $6.80 a bushel at last check to jump by at least 15% in a very short amount of time. As the FT reports, “Corn prices – and with them, the price of meat – are set to explode if the latest import estimates from China are correct.

The US Grain Council, the industry body, said late on Thursday that it has received information pointing to Chinese imports as high as 9m tonnes in 2011-12, up from 1.3m in 2010-11.” Why is this a concern? Because “the US Department of Agriculture, which compiles benchmark estimates of supply, demand and stocks, forecast Chinese imports at just 1m tonnes in 2011-12.”

In other words, the whole forecast supply-demand equilibrium is about to be torn to shreds. And all this excludes the impact of neverending liquidity by the one and only, which will only make the speculative approach to surging corn relentless.

For those who think that there is any even remote hope of a respite in the endless climb in prices, we suggest reading the following:

The most China has imported in modern history is 4.3m tonnes in 1994-95 and 3m tonnes in 1978-79. For most of the past 50 years, Beijing has been largely absent from the international market, as domestic production was enough to meet demand.

But Terry Vinduska, the chairman of the council, said after visiting China that “estimates given to us were that China is short of 10m-15m tonnes in stocks and will need to purchase corn this year”. He pointed to about 9m tonnes in imports. “We learned the government normally keeps stocks at 30 per cent but they are currently a little over 5 per cent, which may lead to imports of 3m-9m tonnes.”

It is not the first warning of forthcoming massive imports. Recently, David C. Nelson, at Rabobank, one of the world’s largest lenders to the global agribusiness industry, warned that because China’s animal protein industry is so large, the order of magnitude of China shifting to become a net importer of corn could possibly be measured in tens of millions of tonnes, and in just a few years time.

“We note that China could become a net importer of 25m tonnes of corn as early as 2015,” he said. Senior executives at trading houses took note of Rabobank’s forecast.

Is corn set to be another soyabean?

The US Grain Council did not disclose where it got the information and Chinese food import policy is erratic. With corn nearly at a record high, the country could very well opt to further drawdown stocks.

But the forecast of record imports still need to be taken seriously. When China started to import soyabean back in 1995, few thought the country would today be buying nearly 60 per cent of all the global trade in soyabean.

While China waving it in needs little explanation for the observent ones, here’s what this means from a third party:

Most of the traders I have spoken to believe that China will become a big corn importer, although none believe it will follow the same pattern as in soyabean. Even so, 9m tonnes is a huge number. Enough to push corn prices above the 2007-08 record of nearly $7.65 a bushel. In early trading on Friday, corn was at $6.65 a bushel.

And with six sigma floods, record cyclones, massive snowstorms and abrnomal climatic patterns now a near-daily event courtesy of the Jet Stream having decided to take a sabbatical, the only thing the grains and softs market needs is a lit match to set the whole thing ablaze. Luckily we have our very own chaircreature doing his best to make sure that the commodities market makes eating an activity best enjoyed by those who will be bailed out by the administration the next time there is a downtick in the market.