One of JP Morgan Chase’s London operations ignored a series of red flags over fraudster Bernard Madoff, according to a series of allegations made against the bank in a lawsuit that was unsealed in New York on Thursday. 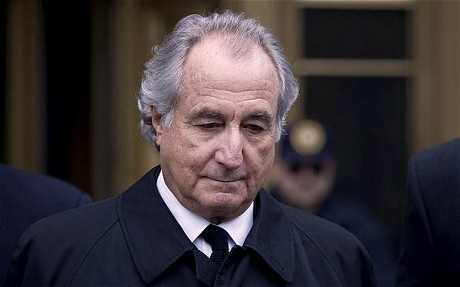 Bernard Madoff was sentenced to a 150-year jail term in 2009 for fraud Photo: Bloomberg News

The bank’s Equity Exotics & Hybrids Desk is alleged to have wilfully overlooked concerns over how Mr Madoff was generating his returns because it was making good money from selling products linked to the performance of the Ponzi scheme’s feeder funds.

The suit was initially filed under seal in December by Irving H Picard, the court-appointed trustee who is seeking to recover billions of dollars from those who lost out in Mr Madoff’s record fraud. Mr Picard has also taken action against UBS and HSBC, claiming that the banks failed to act on so-called red flags that would have ended Mr Madoff’s fraud years earlier.

JP Morgan said on Thursday that Mr Picard’s suit is “meritless and is based on distortions of both the relevant facts and the governing law”.

The suit is claiming $6.4bn (£4bn) from JPMorgan Chase for allegedly “aiding and abetting” the fraud as the primary banker for Mr Madoff’s firm.

The lawsuit quotes one JP Morgan employee as saying that he had been allegedly told by another that “there is a well-known cloud over the head of Madoff and that his returns are speculated to be part of a Ponzi scheme”.