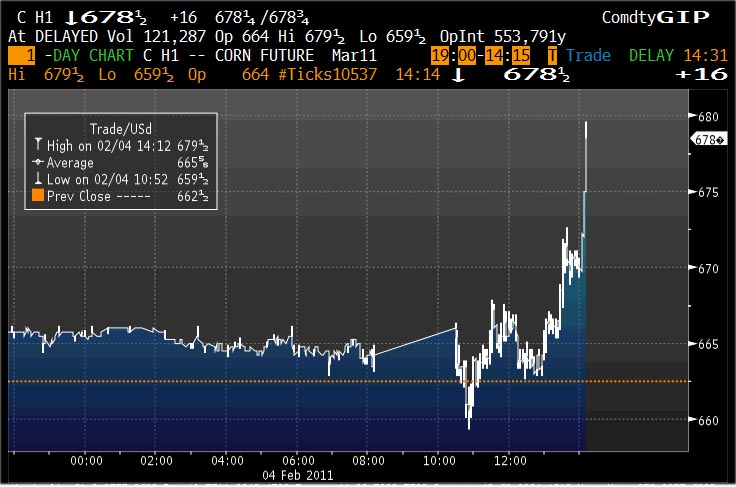 Ok, someone needs to step in here before people get hurt… Er, more. The chart above is not of some biotech strategically bought by various CT hedge funds having just announced a successful obesity Phase 3 trial. It is corn: one of the most widely consumed commodities in the world.

And while corn appears to be today’s limit up commodity, elsewhere cotton has just limited down as a continuation of the recent ICE plundering, courtesy of the exchange’s margin hike; rice, after touching on highs, has decided to drop aggresively, as have cocoa (never mind the Ivory Coast government vacuum) and coffee.

This is the kind of environment in which companies that do not have commodity price hedges can go bankrupt in a span of months.

Which reminds us to create a basket of companies that do versus those that do not have input price hedges. That could be one of the most profitable pair trades in 2011.

– Commodities: Rice Is Next