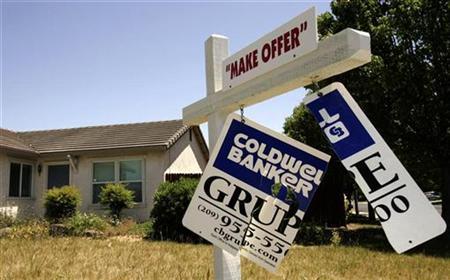 NEW YORK (Reuters Life!) – If the saying “as goes California, so goes the nation” still rings true, then Americans are facing a depressing future, according to a list of the country’s most miserable cities.

Stockton, in the state’s Central Valley, topped the list, followed by Miami, in Florida, Merced, Modesto and Sacramento — all in California.

“California was hit by the bursting of the housing bubble about as hard as can be imagined,” said Kurt Badenhausen, Forbes senior editor.

“Both California and Florida have a history of boom and bust economies. People flooded to these states because of the weather during the boom years but that helped inflate the massive bubble in housing.”

Forbes analyzed the 200 largest U.S. cities and ranked them on 10 factors including unemployment, the weather, taxes, commuting times, violent crime and even how its sports teams have performed in recent years.

California and Florida both have plenty of sunshine, but for the first time Forbes also looked at housing as a factor following the real estate crash. Changes in median home prices over three years and foreclosure rates in 2010 were included in the survey.

In Stockton, home prices have crashed by 58 percent over the last three years and unemployment has averaged 14.3 percent. Unemployment is projected to rise to 18.1 percent in 2011, after averaging 17.2 percent in 2010, according to economists at Moody’s Analytics.

“Stockton has issues that it needs to address, but an article like this is the equivalent of bayoneting the wounded,” Bob Deis, Stockton city manager, told the magazine.

“I find it unfair, and it does everybody a disservice. The people of Stockton are warm. The sense of community is fantastic. You have to come here and talk to leaders. The data is the data, but there is a richer story here.”

Miami was the only city not from the Golden State to crack the top five. Its sunshine and lower state taxes saved Florida’s second most populous city from taking first place.

Florida and California are home to 16 of the top 20 cities in terms of home foreclosure rates in 2010, with Miami topping the list with 171,704 last year.

“If I even mention California, they throw me out of the office,” Pollina said. “Every company hates California.”

Chicago and Washington D.C. were two of the 10 largest cities to make the list, hurt by long commute times, taxes, weather and falling home prices. Detroit, which topped the list the first time it was run in 2008, was in 15th place this time, helped by the inclusion of housing.