This is as I’ve said many, many times ‘The Greatest Depression’. 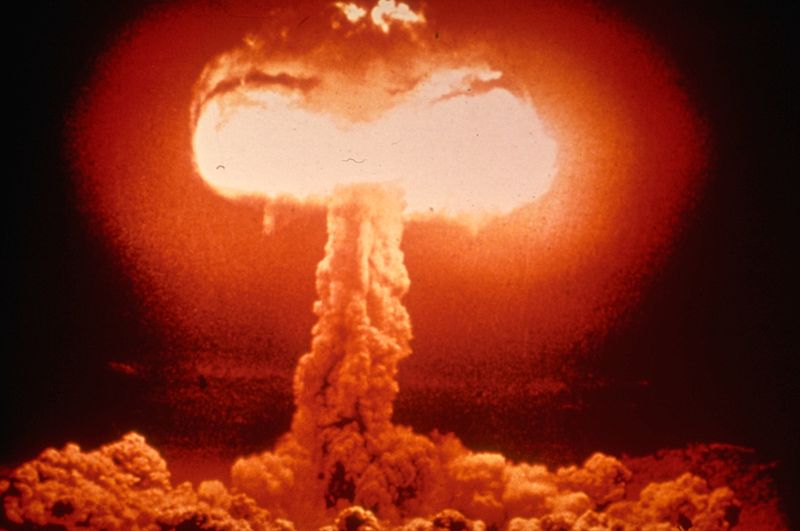 We are officially in the middle of the worst housing collapse in U.S. history – and unfortunately it is going to get even worse.

Already, U.S. housing prices have fallen further during this economic downturn (26 percent), then they did during the Great Depression (25.9 percent).

Approximately 11 percent of all homes in the United States are currently standing empty.  In fact, there are many new housing developments across the U.S. that resemble little more than ghost towns because foreclosures have wiped them out.

Mortgage delinquencies and foreclosures reached new highs in 2010, and it is being projected that banks and financial institutions will repossess at least a million more U.S. homes during 2011.

Meanwhile, unemployment is absolutely rampant and wage levels are going down at a time when mortgage lending standards have been significantly tightened.

That means that there are very few qualified buyers running around out there and that is going to continue to be the case for quite some time to come.

When you add all of those factors up, it leads to one inescapable conclusion.  The “housing Armageddon” that we have been experiencing since 2007 is going to get even worse in 2011.

Right now there is a gigantic mountain of unsold homes in the United States.

It is estimated that banks and financial institutions will repossess at least a million more homes this year and this will make the supply of unsold properties even worse.

At the same time, millions of American families have been scared out of the market by this recent crisis and millions of others cannot qualify for a home loan any longer.

That means that the demand for unsold homes is at extremely low levels.

So what happens when supply is really high and demand is really low?

Hopefully housing prices don’t have too much farther to go down.  Ben Bernanke and the boys over at the Federal Reserve are doing their best to flood the system with new dollars in order to prop up asset values, but you just can’t create qualified home buyers out of thin air.

Many analysts are projecting that U.S. housing prices will decline another ten or twenty percent before they hit bottom.  In fact, quite a few economists believe that the total price decline from the peak of the market in 2006 will end up being somewhere in the neighborhood of 40 percent.

But whether prices go down any further or not, the truth is that the housing crash that we have already witnessed is absolutely unprecedented.

The following are 12 facts which show that we are in the midst of the worst housing collapse in U.S. history….

#1 Approximately 11 percent of all homes in the United States are currently standing empty.

#2 The rate of home ownership in the United States has dropped like a rock.  At this point it has fallen all the way back to 1998 levels.

#3 According to the S&P/Case-Shiller index, U.S. home prices fell 1.3 percent in October and another 1 percent in November.  In fact, November represented the fourth monthly decline in a row for U.S. housing prices.  Many economists are now openly using the term “double-dip” to describe what is happening to the housing market.

#4 The number of homes that were actually repossessed reached the 1 million mark for the first time ever during 2010.

#5 According to RealtyTrac, a total of 3 million homes were repossessed by mortgage lenders between January 2007 and August 2010.  This represents a huge amount of additional inventory that somehow must be sold.

#6 72 percent of the major metropolitan areas in the United States had more foreclosures in 2010 than they did in 2009.

#7 According to the Mortgage Bankers Association, at least 8 million Americans are at least one month behind on their mortgage payments.

#8 It is estimated that there are about 5 million homeowners in the United States that are at least two months behind on their mortgages, and it is being projected that over a million American families will be booted out of their homes this year alone.

#9 Deutsche Bank is projecting that 48 percent of all U.S. mortgages could have negative equity by the end of 2011.

#11 According to Zillow, U.S. home prices have already fallen further during this economic downturn (26 percent) than they did during the Great Depression (25.9 percent).

#12 There are very few signs that the employment situation in the United States is going to improve any time soon.  4.2 million Americans have been unemployed for one year or longer at this point.  While there has been some nominal improvement in the government unemployment numbers recently, other organizations are reporting that things are getting even worse.  According to Gallup, the unemployment rate actually rose to 9.6% at the end of December.  This was a significant increase from 9.3% in mid-December and 8.8% at the end of November.

But even many Americans that do have jobs are finding out that it has become very, very hard to qualify for a home loan.

In an attempt to avoid the mistakes of the past, banks and financial institutions have become very stingy with home loans.  While it was certainly wise for them to make some changes, the truth is that perhaps the pendulum has swung too far at this point.  The U.S. housing industry will never fully recover if they can’t get their customers approved for mortgages.

Congress is talking about passing even more laws that will make it even more difficult to get home loans.  Even though they give speeches about how they want to help the U.S. housing industry, the truth is that Republicans and Democrats are both backing proposals that would make home mortgages much more expensive and much more difficult to obtain as a Bloomberg article recently explained….

Government officials and lawmakers want to make the market less vulnerable to another credit crisis, and all the options lead the same general direction: Borrowers will need larger down payments than in the bubble years, have higher credit scores, and pay extra fees to cover risks and premiums for federal guarantees on government-backed mortgage bonds.

While all that may sound reasonable, the truth is that the U.S. middle class has become so cash poor that the vast majority of them cannot afford homes without the kind of mortgages that were available in the past.

Not that we should go back and repeat the mistakes of the past 20 years.  It is just that nobody should expect the U.S. housing market to “bounce back” in an environment that has fundamentally changed.

The housing market is not like other financial markets.  It is difficult to artificially pump it up with funny money.  If the U.S. housing market is going to rebound, it is going to take lots of average American families getting qualified for loans and going out and buying houses.  But they can’t do this if they do not have good jobs.  Today, only 47 percent of working-age Americans have a full-time job at this point.  Without a jobs recovery there never will be a housing recovery.

In fact, there are all kinds of warning signs that seem to indicate that the U.S. economy could get even worse in 2011.  Many economists are now openly using the word “stagflation” for the first time since the 1970s.  Back in the 70s we had both high unemployment and high inflation at the same time.

Well, we have already had very high unemployment, and thanks to the relentless money printing of the Federal Reserve, it looks like we are going to have high inflation as well.

Middle class American families are going to be spending even more of their resources just trying to survive, and this is going to make it more difficult for them to purchase homes.

In fact, in recent years average Americans have been getting significantly poorer.  Over the past two years, U.S. consumers have withdrawn $311 billion more from savings and investment accounts than they have put into them.  That is very troubling news.

Now the price of food is soaring and the price of oil is about to cross $100 a barrel again.  So what is going to happen if we have another major financial crisis and we witness another huge spike in the unemployment rate?

The Federal Reserve is trying to smooth all of our problems over with a flood of paper money, but it isn’t going to work.  Yes, increasing the money supply will produce some false highs on the stock market and some false economic growth statistics for a while, but the tremendous damage that will be done to the economy is just not worth it.

In any event, let us all hope that we see some really great real estate deals over the next couple of years, because in the times ahead land will be something very good to own.  In fact, down the road it will be much better to own land than to have your money sitting in the bank where it will continuously decline in value.

Use your paper money wisely.  It will never have more value than it does today.

So what do all of you think?  Is the “housing Armageddon” almost over, or do housing prices still need to decline a bit more?  Feel free to leave a comment with your opinion below….